Nearby Fort Wayne gets into the mass shooting game...

Fort Wayne Police are investigating a shooting that left 4 people injured on the city’s southeast side Friday night.

Police responded to the 3200 block of Diplomat Drive just after 9 p.m. Police say officers heard multiple shots in the area.

Police say witnesses told them there may have been a physical altercation at the residence earlier in the evening. The witnesses said the altercation was between one of the shooting victims and another man, who reportedly threated to come back and shoot up the apartment.

No other details yet, just another "altercation" that led to someone coming back afterwards with a gun to settle the dispute.

Fort Wayne has more than her share of shootings but violent crime in the Fort is mostly concentrated in the city's southeast neighborhoods, which also are (not coincidentally) the most "diverse" neighborhoods.

Fort Wayne police announced an arrest in the mass shooting....

Arrest made in shooting of 4 people at SE-side home

Fort Wayne Police have made an arrest in the shooting of four people on the city’s southeast side Friday night. 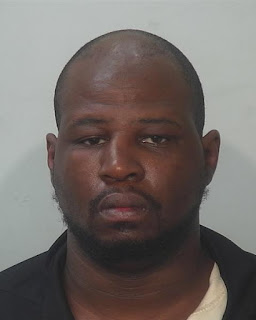 While most Hoosiers are "hunkered down", to use the corny phrasing of our governor, people inclined to criminal behavior don't seem to be paying much attention. This pattern is holding true across the country....

- Law abiding, working Americans are getting squeezed more and more, forced out of jobs and locked down at home.

- Criminal and certain other groups are wantonly ignoring the orders.

America is already stratified by race and ethnicity and by income and religion but now add in the division between the people who are ordered to sacrifice for the greater health good of all Americans at the same time they are forced to shoulder the bulk of taxation in the country versus those who ignore the restrictions just as they ignore every other law.

The Chinese virus has been a huge blow to the American economy and working families but while most of us either stay at home or take the risk of going to work as an "essential worker", our criminal population is gleefully shooting each other. From earlier in the week:

Gang Violence Continues Even Under Coronavirus

In one single day in early April, Chicago thugs killed 6 people and shot 21. So far this year, 117 people have been killed, and 522 were wounded. By the time you read this, the numbers will be higher.

Only 86 people in Chicago, so far, have died of the coronavirus.

Chicago’s thugs can give any pandemic a run for its money. And then shoot it in the back.

The article goes on to detail shootings unabated all across our blighted urban landscape: Jacksonville, Jersey, Cleveland, Baltimore.

An article from the Chicago Sun-times gives us another glimpse into the general disdain for obeying the rules from urban residents. The Harrison District in Chicago is not only a shooting gallery ("21 murders and another 60 nonfatal shootings this year", up significantly over last year), it is also home to the open air drug markets....

In recent weeks, officers in the Harrison District have worked to keep people indoors — no easy task in the narcotics epicenter of the city.

In the heart of this urban zone, officers broke up more than 1,400 groups in less than a month. That works out to around 50 times a day, in a single police district.

But we are supposed to suspect that systemic racism is the root cause of blacks dying disproportionately from Covid-19. Maybe if that population would stay at home like the rest of us, they would have fewer deaths from the Chinese coronavirus and from drive-by shootings?

The Chinese coronavirus will come and go, leaving behind a significant number of deaths, mostly from people who were likely to have died this year anyway. But the economic damage and the exposure of the rifts in our society will live on for many years, or at least as long as the Republic endures.
Posted by Arthur Sido at 10:36 AM