Is It Time To Panic Yet?

In spite of all of the assurances that everything is fine and we should remain calm, I keep seeing stories about the coronavirus and people getting infected, getting better and then getting infected again or the number of cases and deaths spiking overnight or someone getting the virus and then their family and a neighbor also getting it. I am not all that concerned about the Kung Fu Flu itself, although it does seem a little sketchy compared to prior minor epidemics, but I am a little concerned about my fellow man.

We are pretty well stocked up on canned and otherwise preserved foods, and basic medical supplies including pain relief/fever reducer but I had a gift card and thought it might be worthwhile to order some extra stuff from Sam's. Just in case.

Oops. I waited too long.

I started looking at a few items I wouldn't mind stockpiling. The first was acetaminophen (aka Tyenol). You can usually buy two huge bottles for like $10 at Sam's. 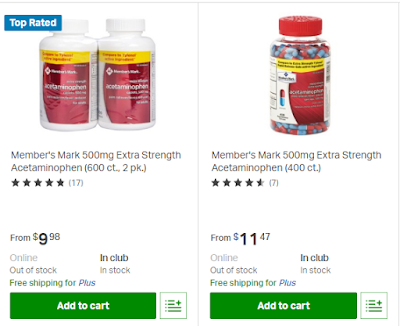 Crap, it was out of stock. Oh well, I can always get ibuprofen instead. 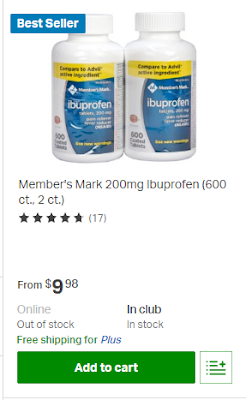 Oh, that is out as well? Fortunately we just bought a bunch and they did have naproxen (aka Aleve) still in stock so I got some of that but it is way more expensive than generic acetaminophen.

Maybe some Lysol to disinfect stuff? 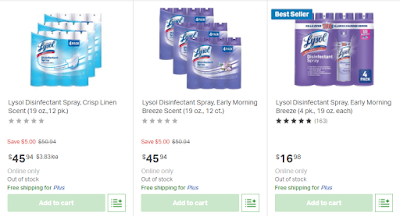 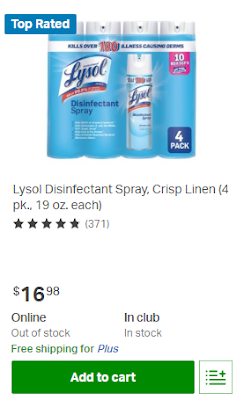 Too late again. This stuff is all available in the store (for now) but that is pretty far away. Maybe some toilet paper, they always have their brand in stock. 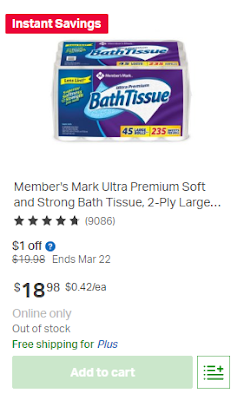 Anyway, there was a different package available but I have never seen their Members Mark toilet paper out of stock.

I like their canned chicken so I ordered some but there was something new I hadn't seen before....

There was a maximum, not just on online orders but also if you bought it for pickup in the store. I bought a couple just in case, but I wonder if the system would stop me from buying more than 8 more in the club if I went. Again, we already have a bunch of this chicken but it doesn't hurt to have extra.

I looked at their emergency food and a 20 lb pail of rolled oats said it was "low stock" so I got a pail. I just went back and it is sold out. Other stuff is available though. The 42 pound pail of white rice is also limited to 2 per member, something I hadn't seen before.

Our local stores haven't been reported as being out of stuff yet, but I am taking some people to a grocery tonight so it will be interesting to see their stock positions but on my Kroger's app there is this notification.... 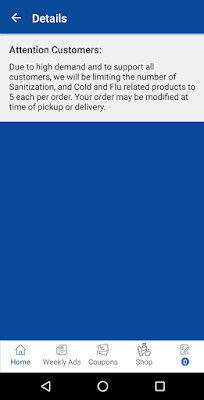 We'll see what the shelves look like. Bottom line, if you aren't stocked up now, you had better get there and soon. Better to have too much toilet paper and not need it then to not have any when your store is cleaned out.

Is Corono-chan gonna get you? Probably not. That doesn't mean that panic buying won't leave you unable to get what you need. People are pretty fairly unpredictable in a predictable kind of way if that makes sense. Just remember:

You'll never go wrong betting on your fellow man to be stupid, selfish and dangerous.

Oh, and do I even need to tell you that if you aren't scratching your head to figure out where to stock your latest haul of ammo, you are going to regret it?

Don't say you haven't been warned.
Posted by Arthur Sido at 12:52 PM