As part of my on-going Color Of Crime in Fort Wayne project, I try to keep track of murders in Allen County, Indiana as they are happening. A new one popped up last Wednesday and an arrest has been made but this one is very unusual because of the victim and the suspect arrested.

On Wednesday, February 19th, the body of Eric R. McDonnell, Jr. was found in a Fort Wayne alley. Eric was only 15 and apparently was ambushed, beaten and shot. Eric was the fifth homicide victim in Allen County this year. He was also a rare white murder victim in Fort Wayne. 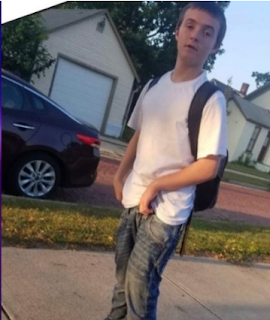 Just two days later, police made an arrest which makes me suspect that the police know more about what happened than they are letting on. The accused killer is 22 year old Cameron B. Hallett. Mr. Hallet has an extensive criminal history and like his victim is a white guy. 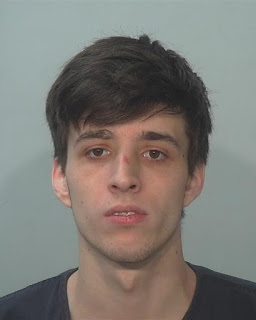 Based on my research, this is the first white person accused of murder in Allen county in over a year. Given that Cameron has a long rap sheet, was arrested right away and generally looks like a dumbass, plus this sounds like pre-meditated murder, he is probably going away for life.

So the wypippo are on the board for homicides in Allen County. Hopefully they toss this guy in jail for the rest of his life where he will certainly have a fun time with the actual hardened criminals.
Posted by Arthur Sido at 10:35 AM