The Stoning Of Trump

You don't have to look very hard to see daily reminders that we are in a tribal and religious war, not a political one. The impeachment farce is the most visible reminder. On the one hand we have Democrats trying to pretend like it is this super serious and somber affair, and then you have Nancy Pelosi giddy as a schoolgirl invited to the dance, signing the articles of impeachment with personalized pens, one for each letter of her name, that she then handed out like prizes. Maxine Waters was holding hers up: 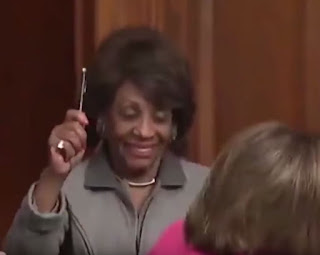 Watch this video from Mark Dice when he splices in a couple of clips from liberal talking heads speaking in hushed, reverential tones about this entire ridiculous spectacle.

I started at the relevant point but the whole thing is pretty entertaining, especially like I pointed out with dimwit Maxine Waters holding up her commemorative pen like she won some especially fun prize in kindergarten for using the big girl potty. What an imbecile, it is embarrassing that Waters has any role in our nation more serious than bagging groceries.

Listen to what Chris Matthews says about people walking bogus "impeachment" articles across a hallway:

There's a sacramental quality to this. There's a...there's a ritual.

Some other leftist talking head replied:

There is something almost religious to it.

They are filled with awe and religious fervor because an openly partisan farce was playing out before them, people who have been following the political scene for decades. A sane individual might ask "What the hell is wrong with these people?!" but they are simply religious fundamentalists.

The Zman had a great article about this other other day, referencing Orwell's 1984: Our Emmanuel Goldstein....

One of the best observations Orwell had about totalitarian society is had to have an opponent, against which everyone must rally. It was not just a practical opponent, like another country. The forever bad guy had to have a spiritual dimension. In opposing the bad guy, the members of the society established their commitment to the cause and thus their standing in society. Emmanuel Goldstein in the Novel 1984 and Snowball in the novella Animal Farm are his famous examples.

Of course, modern totalitarian states are almost always the result of some mass movement that swept to power. Their ascent was either based on their promise to reform or their ability to demolish the prevailing order. Eric Hoffer noted that “mass movements can rise and spread without belief in a God, but never without belief in a devil.” The bogeymen in the Orwell novels were such devils. They were the center of the moral universe for the totalitarian society.

The important part of this bogeyman role is that the bad guy cannot simply be a man with whom you can reason or even conquer. The bad guy has to have supernatural abilities and maybe be unconquerable. In the 1984, Emmanuel Goldstein is powerful enough to cause all of the regimes troubles and smart enough to avoid getting caught by the party. The value of the supernatural enemy is that they can never truly be defeated, so they are a convenient scapegoat.

RTWT, for real. The Zman talks about Russia but Trump is the Emmanuel Goldstein. He has this supernatural power over people. Black women even blame Trump for making them fat. We are told he is constantly sending subliminal psychic messages to his "white supremacist" followers. To the Left in America, Trump is not simply a political adversary like Jeb Bush or Mitch McConnell. He is a nearly all-powerful evil entity.

Trump is a secularized version of a shaitan, an evil spirit. The carrying of the articles of impeachment through the Capitol rotunda was to the Left a type of Stoning of The Devil, the Islamic ritual of taking a break from throwing stones at women by throwing stones at a walls to smite the devil. 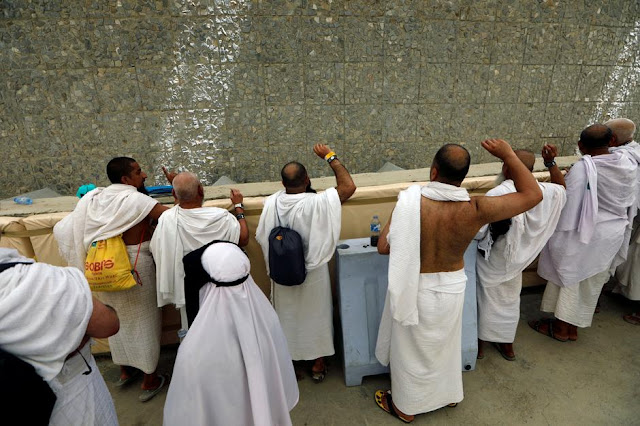 Just like throwing pebbles at a wall doesn't actually accomplish anything, neither does transmitting the articles of impeachment to the Senate. What is important is the religious euphoria it creates with the impeachment having the added bonus of personalized commemorative pens. Orange Man Bad is the contemporary Satan and the ritualistic denunciation of OMB is a religious obligation of the Woke.

No wonder the Left loves Islam, it shares many similarities with their secularized religion. Sadly no Democrats were trampled to death in a stampede. Maybe next time.

Trump personifies everything the neo-Maoist Left hates about heritage Americans. He doesn't play by their rules, he says stuff you aren't allowed to say, he is singularly unimpressed with them and worst of all he regularly mocks them. If you have ever poked fun at a King James Only type, you know how prickly and quick to anger religious zealots can be. What is really amusing about the whole thing is that Trump has been an enormous let down for the Right. Some decent judges, some improvement to the regulatory environment but that is about it. The only real positives of the Trump era are the ongoing public breakdowns of liberals and the exposing of the traitorous fifth column in American "conservatism". To hear the Left talk, Trump is this dictator who gets everything he wants, instead of a generally petulant narcissist who is regularly thwarted by random judges.

Just as I don't care if Muslims wearing towels throw rocks at a wall, I don't care if Nancy Pelosi gives away pens while grinning like Skeletor. But we know all too well that Muslims are not content to throw rocks at walls and often decide to accelerate things a bit by blowing up infidels. In the same manner, the American Left is growing impatient and even angrier as they see their promised smiting turn into a nothing-burger. Trump will survive the Senate trial barring some incredible shift and that means the Left will have delivered to their rabid Fremen jihadi the long prophesied impeachment but the Great Satan Trump will still be in the White House and sending out mocking tweets. What will they do when it is clear Trump will be in office throughout 2020 and worse yet if they think that Joe Biden is going to be the Democrat nominee? We might get a taste next week in Richmond, although one antifa group is now saying they are going to show up in support of gun rights, which is both funny and highly suspicious.

As a survivor of many theological battles on the internet, I can tell you that it is impossible to reason with fanatics. From Canadian cultists to King James Only types to Mormons, the zealots are mostly intractable and in the case of the anti-white neo-Maoist cult, not only must Trump be vanquished but his supporters must be punished. We are about at the end of the pebble throwing stage. What comes next is going to be far worse.
Posted by Arthur Sido at 11:46 AM