The Color Of Crime In Fort Wayne Update

Earlier in January I posted some research I did on the racial composition of murder victims and perpetrators in nearby Fort Wayne, Indiana in a post titled The Color Of Crime In Fort Wayne. Since FW is close to us and a manageable sample size, it was an interesting exercise. Fort Wayne is also useful as a mid-sized city that is still around 70% white, a major contrast with slaughterhouses like Baltimore and Detroit. What I discovered was not surprising in the least, despite being only around 15% of the population of Fort Wayne, blacks account for most of the murderers and murder victims.

My plan is to keep the post updated as arrests are made. At the time of the post, of 29 homicides in Fort Wayne/Allen County, the identity of the killer was known in 18 cases. That just changed to 19 as an arrest was announced in the murder of Dominique Taylor, an 18 year old apparently mixed race girl murdered in December. 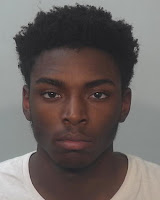 A teenage boy is facing murder charges in connection with the shooting death of an 18-year-old woman days before Christmas.

From the account in the news, Ms. Taylor was involved in a dispute with other girls over one of them being asked to move out of an apartment. Mr. James admits to luring Ms. Taylor to an apartment complex.

James told police he was there when Taylor was shot. He said she was lured to the Villa Capri complex under the guise of buying marijuana edibles, according to the probable cause affidavit.

James admitted to having a gun in his hands and firing shots in the air, court documents said. Taylor refused to get out of the car, though. James told police the crowed started saying “shoot her bro, shoot her.” Then someone took the gun from him and shot Taylor with it, the affidavit said.

That is where it gets sketchy. I will update the post if it turns out James is not the shooter, although that seems pretty unlikely. What is wrong with you when people are egging on a 16 year old kid to shoot an 18 year old girl because of a squabble?

After updated the numbers, this is what I came up with:

Of 18 known killers, 15 were black or 83%. Two were Hispanic and have been arrested. One was a white male and apparently was not arrested as he killed his "victim" in self-defense/defense of his mother and sister. One killer was a cop and his shooting was found justified. So taking those two out, of 16 traditional murders, around 93% of known killers were black and statically speaking the percentage of blacks perpetrators is probably much higher, like over 95%. This is in a city where the black population is only around 15%.

I will continue to update the numbers but it is nearly certain that any updates will push the percentage of black murderers up.
Posted by Arthur Sido at 10:33 AM