How To Dispose Of A Gun Used In A Crime

Find some saps who will pay to take it off your hands! To celebrate the life of a serial adulterer/communist Martin Luther King, Jr., an Episcopalian church in Pittsburgh held a gun buyback. They gave $50-$100 per gun, no questions asked. It was a big hit!

The church in question, the Church of the Holy Cross, was the sight of a recent double homicide. So they did a gun buyback to get guns off the street and apparently ran out of funds in the first hour. They claim to have gotten around 150 guns "off the street", including allegedly two "AR-15s" which is supposed to be a big deal even though rifles are rarely used in murders. I saw two different news stories with photographs that are apparently some of the guns "taken off the street". 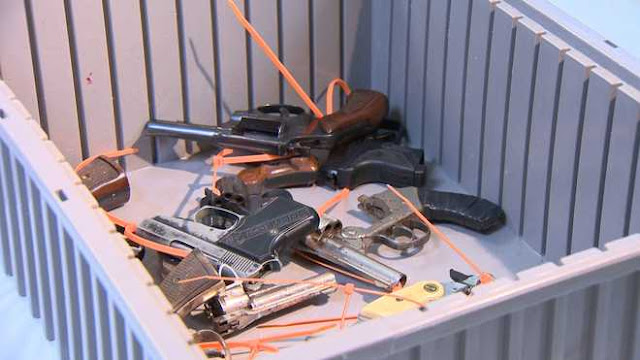 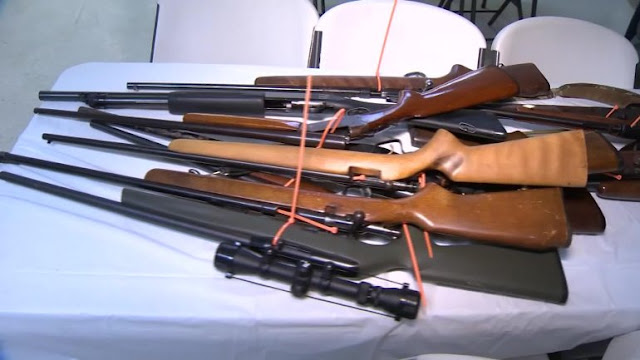 The first photo is of a bin of handguns and I probably wouldn't try shooting one of those for any amount of money. Maybe the little .380 in the back corner.

The second photo is of a pile of .22 rifles, a deer rifle with a scope  and a couple of shotguns. No scary looking AR-15s in the photo. I doubt any of those rifles has ever been used in a gun crime or ever would be.

Are the streets of Pittsburgh safer today? Nope. A gang member is not about to get rid of his piece for $100, unless he needed to ditch it for some reason.

But if I broke into a house and grabbed a deer rifle that I was worried about selling for fear of an undercover sting, I could sell it back to this church where it will probably be destroyed, no questions asked, and get some money for it.

Or if I shot someone with a handgun and wanted to get rid of it, this would be a great way to do so, no questions asked.

I don't mean to seem like I am mocking these folks at the Church of the Holy Cross. From what I can tell the church is almost entirely black and is located in an impoverished and rough neighborhood. Ministering in a church is tough under ideal circumstances and ministering where people get shot in front of your church building has to be nearly impossible. But tossing away that money in a futile virtue signal isn't going to do a damn thing to reduce gun violence. Teaching young black men to think before shooting each other or teaching young black girls to not get pregnant out of wedlock and ensuring themselves a lifetime of poverty and dependence? That might help reduce gun violence. Taking inoperable handguns, stolen firearms and .22 rifles "off the street" won't.
Posted by Arthur Sido at 4:01 PM