It is a week before Christmas in 2019 and there are still people on social media claiming that 12 Russians posting terrible memes swung the 2016 election to Donald Trump and it is totally unfair and makes his election illegitimate! No, seriously a guy was suggesting that yesterday and in his profile on Twitter claimed that we can't have a free and fair election....if the sitting President of the United States is allowed to run for re-election. 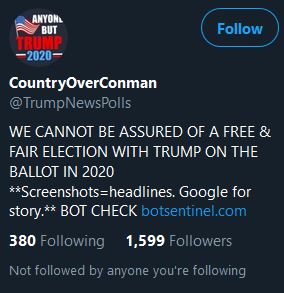 Yes, nothing says "free and fair" quite like telling one of the two political parties in America that they can't have their candidate on the ballot. The Soviets used to have great voter turnout and the communist won every election in a landslide, which is easy to do when you are the only one on the ballot.

I am sure that Russians do indeed try to influence our elections, as do operatives of China and Germany and every other nation on earth. After all, we are the biggest player around and have most of the nukes and most of the consumers. Conversely, I 100% guarantee that the U.S. is constantly meddling in other nation's elections to try to influence who wins so that the government is more favorably inclined toward the U.S.. It is all part of the game nations play. But one nation plays this game openly and arrogantly, while accusing anyone that questions them of a serious character flaw. Allow me to demonstrate: 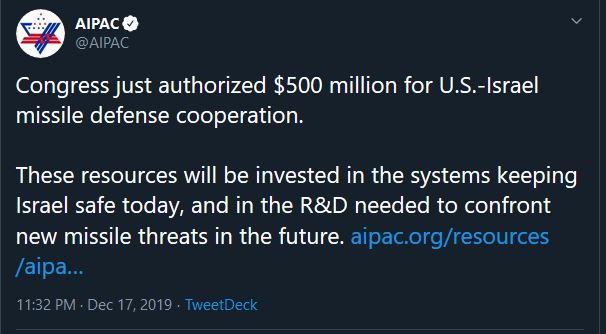 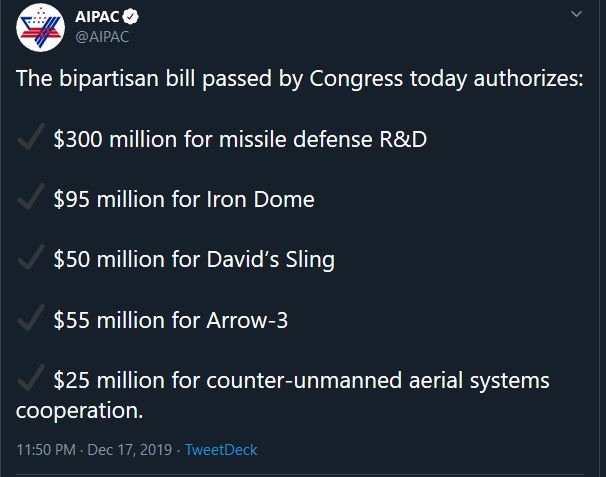 To protect a foreign nation.

That does nothing for us.

Even calling it "cooperation", which I guess means we "cooperate" by providing them with huge amounts of money and technology and in return they graciously allow American men and women to die and get maimed to protect them.

I especially like the "David's Sling" reference to pander to the American evangelicals who think that the current nation of Israel is synonymous with the Old Covenant theocracy of Israel that they are required to support because the Left Behind books say so.

Can you imagine the United States Congress authorizing $500 million to specifically defend the United States, like our border for instance? Of course not, essentially all of the major players in both parties are unanimously sold on the idea that we need an endless flow of migrants, legal and illegal, to provide cheap labor.

Yet here we have an agent of a foreign government that wantonly lobbies the United States government for funding for that foreign government and does so without registering as foreign lobbyist and no one says anything. Not only that, but if you even mention it you are automatically considered to be an "antisemite". Hell, the President of the United States, Mr. "America First", is trying to make it essentially illegal to boycott Israel. Meanwhile AIPAC smugly throws it in our faces that they extorted half a billion from our government and daring you to say anything, which would likely get you banned from Twitter. These same people would feign outrage and shock if anyone suggested that they have an outsized influence over our government.

Our government officials are being suborned every single day but it isn't by Russians or Ukranians. It is by operatives of Israel who openly and arrogantly brag about doing so.

Sometimes tropes and stereotypes exist for a reason.