It Is Trump's Fault!

In record time, the Jewish Left is blaming the shooting of Jews by two blacks on.... 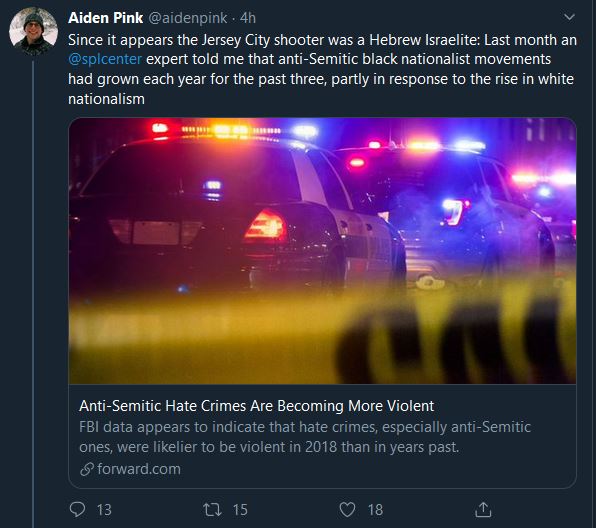 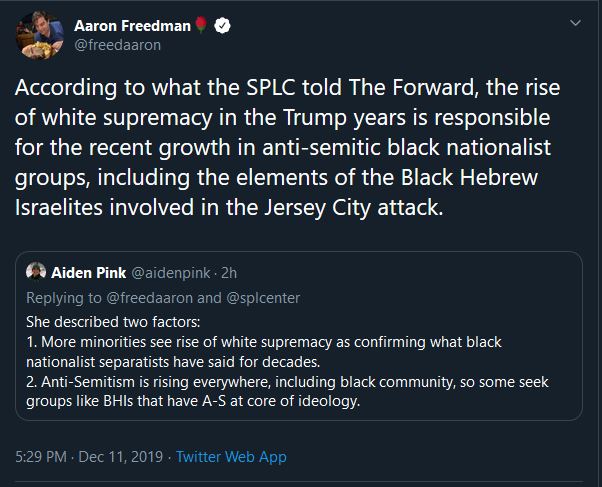 Mr. Pink and Mr. Freedman are both Jewish. 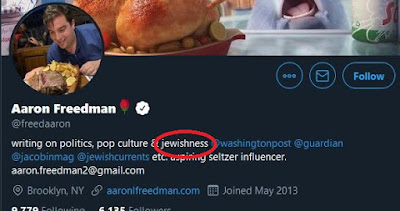 So instead of focusing on the actual attacker, they pivot to blaming Trump and "white supremacy", as if black supremacists are justified in their hatred of white people in spite of Trump spending all of his waking moments trying to find new ways to suck up to Israel and most of his supporters are just as fanatical in their devotion to defending Israel, sending them money and upholding our "Judeo-Christian values:

The bodies of several Jews are not even in the ground yet and many of their fellow Jews are trying to spin their murder at the hand of a black lunatic on Donald Trump.

Think about that and ask what kind of sociopaths would think that way.
Posted by Arthur Sido at 3:21 PM