Why Did We Bother?

On June 6, 1944 thousands of American G.I.s landed in France via landing craft, parachute and glider. Over the course of the war many thousands would die and many more would be maimed. The American intervention liberated France and saved Great Britain from being forced to surrender. We think we know what we saved Europe from but we are starting to realize what we saved Europe for. 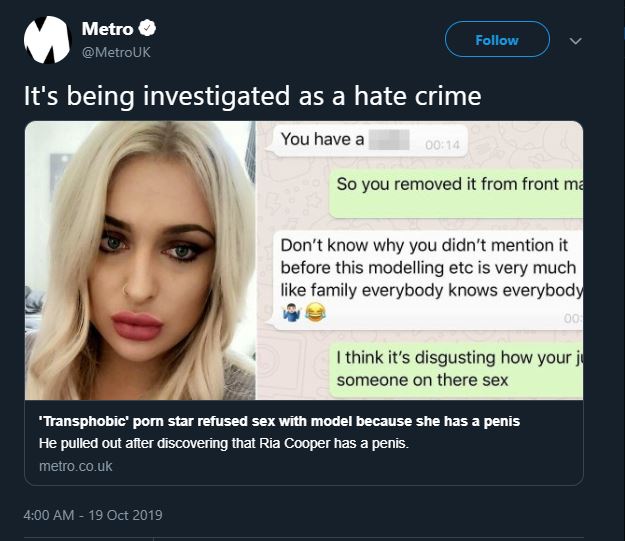 By the way, it isn't a "discovery" to find a penis on a man. That is what you expect to find and this creature, disgusting as it is, isn't a "transgender woman", he is a cross-dressing man, a trannie.

If you told the Americans troops on those landing craft, about to step on a beach into withering machine gun fire, that they would sacrifice their lives so Britain could turn into a insane asylum where the most mentally ill are running the joint, not a one of them would have gotten out of the landing craft.

Are you starting to wonder who really "won" World War II yet?