The police have made an arrest in the Twerk Or Treat frat party and it is a little surprising.

Authorities in Texas have arrested a suspect in connection with a deadly Saturday night shooting at an off-campus college party that left two people dead and 12 injured.

Brandon Ray Gonzales, 23, of Greenville, was arrested Monday at the auto dealership where he worked, less than 48 hours after the shooting, Hunt County Sheriff Randy Meeks said. 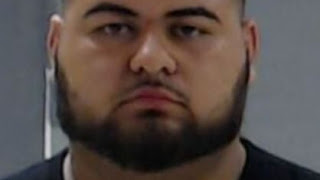 That is going to confuse the media a little bit that a mestizo shot up a party full of black youth. Police are still saying that he was targeting someone and the rest of those shot were just bystanders. Also, the shooting toll has been reduced.

So "only" 8 people shot, which still is a mass shooting by any reasonable definition.

No word yet on why Mr. Gonzales decided to kill whoever he was targeting and why he felt it necessary to shoot a bunch of extra people.
Posted by Arthur Sido at 9:24 AM