The United States: A Turnkey Nation 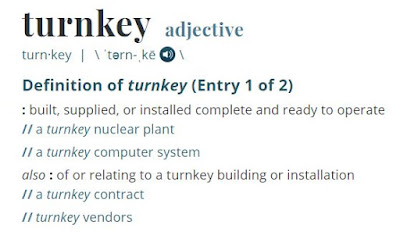 The idea of something being turnkey is that the work to build it has already been done. You don't want an Ikea desk with ten million screws and bolts, you want a completed desk you can sit down at and start working on right away. Or a machine in a factory you start up instead of building from scratch. Normally turnkey stuff is more expensive, as much of the prep work is already done, plus it is done by experts.

How does this model apply on a national level?

The United States has been around for almost 250 years. It hasn't been an easy road to get where we are today. We fought a desperate revolution to earn our independence and a second war a few decades later to keep it. Our people slowly spread out over the continent, hacking roads and farms out of swamps and forests, all the while fending off savage Indians, disease and starvation. While many or even most societies in human history had slavery, only ours fought a civil war as bloody as the one in the 19th century where hundreds of thousands of Americans killed each other. We fought in two World Wars that were mostly none of our business, losing even more of our young men, followed by brutal struggles in Korea and Vietnam. We have seen Presidents assassinated and our cities burning in race riots. We have struggled mightily to integrate waves of immigrants from Europe and largely failed to bring the descendants of former slaves into the fold. We have spilled blood and spent immense wealth to be what we are today, the envy of the world. Sure lots of people like to sneer at America but when it comes down to it there is nothing more valuable in the world than a U.S. citizenship.

Even with our current issues, America is still the place people around the world dream of moving to. From South America to Asia to Russia and to Africa, when people dream of a better life, they are dreaming of the United States.

Thanks to a variety of factors, the people who made America the greatest nation on earth are dying out and new people are vying to replace them. To hear many "conservatives" and libertarians talk, this is fine because the magic dirt of North America will magically transform them into Americans. After all, people are just economic units, one dies and you plug in a new one. All that matters is that we worship our Lord and Savior GDP. We might as well be the people jacked in the power plants from the Matrix. 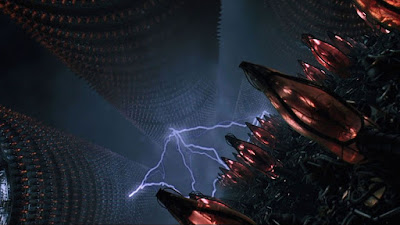 In fact a lot of these "leaders" on what passes for the establishment Right seem to really despise normal Americans every bit as much as the most vicious Leftist does.

Which brings me to the point of the post. Having created a mostly awe-inspiring nation with flaws and with some ugly history, can we simply turn it over to a different people and have it run smoothly?

After I started this post, I saw a video and it really brings home the issue. Nicholas Fuentes asked the most important question to consider on his 10/2/2019 America First livestream:

The answer should be obvious. No. Here is the pertinent clip.


What we know as Western civilization and the specific features we associate with it only grew organically in white nations. Likewise, attempts to force it onto non-white nations has been a disaster, apart from Japan and Korea. The only really functional countries in South America have a large white population and a white ruling class (ex. Uruguay). Nations like Brazil and Venezuela, both under 50% white, are disasters. Just to our south in Mexico, majority mestizo, is a narco-state essentially run by the cartels. Guatemala, Honduras, El Salvador? Overwhelmingly mestizo, dumpster fires and the source of a large percentage of the "migrants" fleeing to America.

The next two decades will test my thesis. Will people who didn't develop a liberal, highly advanced, Western-style democratic system on their own, and haven't been able to sustain one when offered, be able to replace the European descendant population of the United States and maintain our civilization? Obviously I don't think they will. You could create a chemistry lab with every possible top of the line piece of equipment and turn it over to me and I couldn't do anything with it because I don't know much of anything about chemistry. In the same way, people who have proven incapable of creating Western style functional nations and have shown little interest in adopting the principles that are foundational to Western civilization are almost certainly not going to suddenly mimic heritage Americans, especially since they see us as irrevocably evil and tainted by our past.

I don't think we have ever seen an experiment on this scale, taking a nation that has always been overwhelmingly white, European descended and culturally Western Christian and replacing them with people who are none of those things. It would be like replacing 65% of the population of China with Russians. The only question left is to see how long the existing infrastructure and inertia can carry our civilization before more things break than there are people left to fix it. My best guess is somewhere in the mid 2020's is when the wheels come off, so that gives us about 5 years to get ready.