Red flag laws were the flavor of the day after the El Paso and Dayton shootings. Magically we were going to stop mass shootings, even though 75% of them are committed by black men mostly using illegal handguns, by forcibly seizing guns from people that had committed no crime but had nevertheless been deemed "dangerous" by members of the most mentally unstable profession in America, psychiatrists. That has kind of died down but many states, inexplicably including my own very conservative and pro-2nd Amendment state of Indiana, have red flag laws on the books.

I have written pretty extensively on "red flag laws" and I see them as only an opening gambit toward a more comprehensive gun seizure from the public. The proof supporting my theory is getting more and more obvious, including this example last week:

Police officers have seized a haul of guns from the suspected leader of an American neo-Nazi group thought to be preparing for a “race war”, according to court documents.

Detectives confiscated five rifles, three pistols and other gun components from Kaleb James Cole, a 24-year-old who has admitted being a member of the Atomwaffen Division.

The neo-Nazi group believes that “violence, depravity and degeneracy” should be used for “racial cleansing” according to the Southern Poverty Law Center.

The SPLC describes the organisation as a “series of terror cells”.

Mr Cole has not been charged with any crime.

Read that last sentence again. Mr. Cole has not been charged with any crime. Nevertheless he was detained by authorities and has had his "haul" of weapons seized. Around here, five rifles and three pistols is what we call "a nice start for a beginner". Now a judge will decide if he can have his firearms back and if the judge decides against it, well he is just out of luck and no doubt will not be even reimbursed for the cost of the firearms.

Notice too that the SPLC, a far left partisan group that has successfully monetized fear of white men by convincing people that the Klan is alive and well, is referenced as an authority. Everyone with an ounce of sense understands that the SPLC is nothing but a cash printing machine but they still, along with the Jewish supremacist group the ADL, are considered reasonable authorities.

“It wasn’t anything super-secret that we had to tell the judge,” said Dan Satterberg, a prosecutor, according to KING of Seattle.

“It was just: ‘here’s what this guy’s about, he’s leading other people in practicing and informing a potentially violent cell that would act on their white supremacist views

“So, that was enough to convince this judge that at least temporarily – let’s take a time out. Let’s take these guns out and see what we’ve got here,” he said. “It isn’t a crime, he’s not being charged, he’s not in jail ... it is a way to slow things down.”

A "time out" in this case means an unlawful seizure of legal private property and an expensive legal battle if he wants his stuff back. 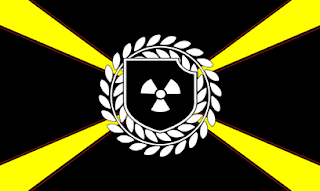 I am not familiar with Kaleb James Cole at all and I am mildly familiar with the Atomwaffen Division group, and there have been a handful of them involved in criminal acts, but political beliefs are supposed to be inviolable in America. You can believe whatever you want, from far right to far left ideology, just as long as you don't cross the line from political speech to direct advocacy of violence. As he has not been charged with any crime, I assume even the prosecutors know that they have no grounds to arrest him but that isn't stopping them from taking his firearms as a "precaution".

So what next? We have already seen suggestions that believing in "conspiracy theories", in other words not accepting the media spin on stories, is a precursor to "domestic terrorism". Others have suggested that "white nationalism" is a ideology with potential for terrorism. What about "xenophobia" or the idea that maybe it isn't a great plan to replace the population of America with the population of nations that have running gun battles in their streets on a daily basis? Is that a "mental illness"? How soon until being a registered Republican is enough to get you red-flagged and your guns seized, not to mention being depersoned and banned from the financial system?

We are in a battle across many fronts. We get caught up in one area fighting an obvious threat while they chip away at our rights in dozens of other areas. Disarming and silencing normal Americans is an obsession for these people and they never rest and they will never quit.

Our resolve must match theirs or freedom will perish in this land.