Things Are Getting Worse

Few people can hold a candle to me when it comes to being cynical but sometimes even I am startled by how depraved this nation is becoming. It can be easy to forget if you live where I do but the internet brings this collapsing world right into our homes. Yesterday was one of those days, and two stories you should be aware of came to my attention.

If you don't want to watch, but you should, the gist of the video is a tragic story compounded by a healthy dose of insanity. A 15 year old white girl dates a 15 year old black boy. They break up and he starts to stalk her, finally deciding one day to break into her house and murder her. She was a beloved student at her school and a cheerleader, so a few months after her death the cheer squad was going to do a memorial tribute in her memory. Oops, the school lawyers said they can't because then they would have to allow a tribute for all of the students involved. In other words, it wouldn't be fair unless the let the imprisoned black boy that (allegedly) murdered her to be honored as well. The school board refused to let grieving students honor their murdered classmate because it might be seen as taking sides. She was murdered. Can't show any favoritism though.

Second, something so stomach churning I can hardly even imagine it is true. 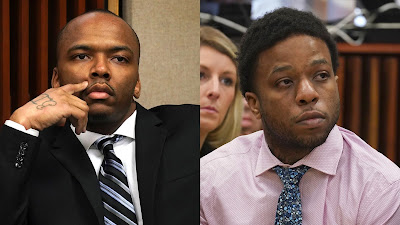 Tyshawn Lee, 9, was in his school uniform when three men approached him in the South Side of Chicago in November 2015, prosecutors said during opening statements.

Prosecutors said Corey Morgan and Kevin Edwards kept watch while Dwight Doty lured the fourth grader into an alleyway. They said he promised him a juice box.

They lured him with a juice box and then executed him in an alley. A 9 year old little boy.

A lot of us grew up and still enjoy shooting for sport and for practice. I can load a handgun, chamber a round and shoot it without giving it a second thought but I cannot fathom a situation where I would load a handgun and take it with me with the intent of murdering a 9 year old because I was upset with the kids father about something that happened. Shooting someone who was breaking into my home and threatening my family would be incredibly difficult, even though it was completely justified. Shooting a little boy for any reason, much less to get back at his dad? Meanwhile....

The two gangs have been locked in an escalating gang war that could be responsible for up to 15 shootings dating back to 2011, authorities said. Months after the child’s execution, his father allegedly sought revenge by shooting three people, including Morgan’s girlfriend, outside a gas station. He is being held without bail.

What exactly are our "leaders" doing about this sort of violence? Will red-flag laws stop this? Expanded background checks? Banning "assault weapons"? No? So maybe the motivation is not what we are being told.

It is getting crazy out there.
Posted by Arthur Sido at 9:44 AM