The Importance Of Cooperation 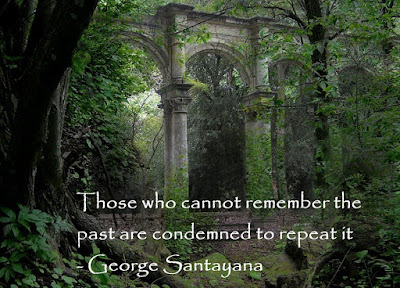 As early as 1000 A.D., Europeans were starting to explore the New World of North America. Pretty incredible when you think about how technologically backwards they were by our standards and yet explorers managed to find their way across the ocean. It is around 3000 nautical miles from London to Boston across the open water and the north Atlantic is not known for gentle seas. Who knows how many would be explorers died on the way. By 1492 when Columbus sailed the ocean blue, there were probably somewhere between 8-10 million and 100 million Indians living in North America. Over the next 100 years there were a number of failed colonies but eventually with the founding of Jamestown in what is now Virginia the settlement and conquest of North America began in earnest.

Today it is estimated that there are only around 2.5 million American Indians left in the U.S. plus maybe another couple of million people like Elizabeth Warren who claim some partial Indian heritage in addition to around a million Indians in Canada.

Over the course of less than 300 years, culminating with Wounded Knee, the Europeans settlers spread from a few starving colonies clinging to the East coast to conquering the entire 3,500,000 square miles of the United States. In the process the American Indian population was very nearly eradicated. It isn't an uncommon story nor is it some uniquely American "crime" or "genocide". The history of human beings has been stronger people conquering, enslaving and killing weaker people. This has been true ever since there were people in the first place. What is unusual is that only white people are made to feel guilty about it.

When the English founded Jamestown, there were as many as 15-20,000 Powhatan Indians in the area. If they had made a concerted effort, they could have easily wiped out the English settlers. Contra the accepted narrative of the Noble Savage, the American Indians were often vicious people who tortured their enemies to death. Wiping out an entire settlement, especially of strange and alien white people, wouldn't have been an issue at all and they were in regular conflict with the colonists, even as some colonists and escaped slaves apparently joined them. By the time they got serious, it was too late.

First, the Indians realized the extent of the threat too late. You can't blame them totally for this. How could Indians even begin to comprehend just how many Europeans there were? There were perhaps 90 million people in Europe in 1600. All the Indians saw at first were a few settlements and traders. They had no way of knowing that soon millions of Europeans would arrive with superior technology and organization.

Second, the Indians never could unify themselves to face the threat. A force of 50,000 Indians could have swept the east coast of every white settler but they were too busy fighting with each other and being fractured, sometimes even making common cause with the whites to carry out wars against other Indians. They didn't figure out their common enemy until, again, it was too late.

Tribe by tribe the Indians were vanquished and their descendants today are a sad, small minority in North America beset by social ills worse than the worst inner-city areas, living on the handouts from their conquerors. They are a defeated and conquered people in large part because they failed to cooperate.

I wrote yesterday about the importance of learning lessons from the past to avoid repeating them in the future, Will We Learn Our Lesson?. What can we learn from the Indians?

First, we need to recognize the threat. The people flooding across our border don't see America as the land of opportunity. At best they see it as a piggy bank to be looted but at worst, and in increasing numbers, they see the U.S. and especially the southwest, as conquered territory. They are right. The U.S. did conquer and expel the Mexicans from the Southwest. The descendants of those conquered now seek to retake this land, a modern day "Reconquista". This is not a contemporary version of the mass immigration from Europe, this is an invasion that seeks to replace heritage Americans, many the descendants of those who tamed and settled North America.

Second, we must realize that our common threat is greater than our internal squabbles. So many of us spend most of our time stabbing each other in the back and arguing about the minutiae of the proper philosophical underpinnings of our ideal society that we don't even see what is going on. There are plenty of people who are advocates for my people that I disagree with or even find somewhat distasteful but better someone I share 95% of things in common with than someone who wants to destroy my people and tear down my civilization. We can have the deep philosophical discussions later but right now if we don't start to band together, in real life and not just on social media, we are going to be destroyed one by one just like the individual Indian tribes. The international Marxist movements are working in concert to destroy us and replace us with more pliable people amenable to Marxism. Antifa can rally a thousand unemployed losers in black with minimal notice. The women's march drew tens of thousands of angry, spurned box wine slurping cat ladies. Right now we can't get a small conference together without being swamped with violent dolts in black while the cops look the other way. There are many tens of millions of us, and yet today we are fragmented, disorganized, squabbling among ourselves and worst of all terrified to stand up for ourselves out of fear of getting into trouble.

The Indians were a weaker civilization that lost to a numerically, intellectually and technologically superior civilization. We are on the verge of repeating their mistakes and being overrun by people who have yet to form a stable society. When we are defeated, they won't let us have self-governing reservations. We will go into boxcars and be eradicated. That is not hysteria or hyperbole.

The time is growing short for us to organize and cooperate if we want to avoid repeating the mistakes of the American Indian. If we fall, no history book will speak longingly of us because there won't be any books.
Posted by Arthur Sido at 4:18 PM