Be Careful What You Wish For, You Just Might Get It

Far-left Muslim cannibal Reza Aslan has taken to Twitter to vent his spleen in righteous anger and as a bonus talk about eradicating a political enemy. 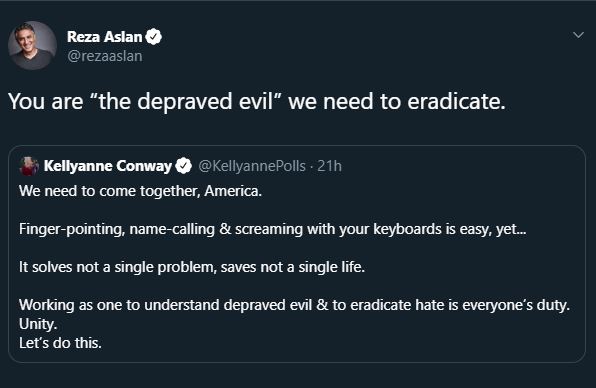 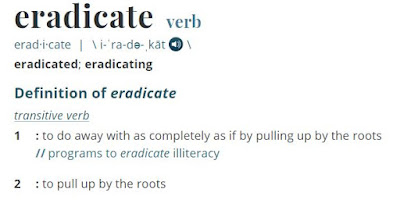 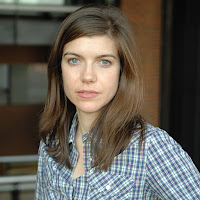 Not an Iranian gal. And here is his wife, a "Christian" named Jessica Jackley: 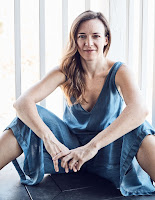 Very modest pose from a "Christian" woman to put on the cover of her website. What is it about white hating liberals always choosing whites as romantic partners? They don't hate all white people, just most white people, the wrong kinds of white who live outside of their posh zip codes. An interesting twist, an awful lot of "conservatives" also hate those same "wrong kinds" of white people (ex. David French, Bill Kristol, Jack Posobiec).

Of course nothing will happen to Aslan. He even posted a semi-clarifying tweet later.... 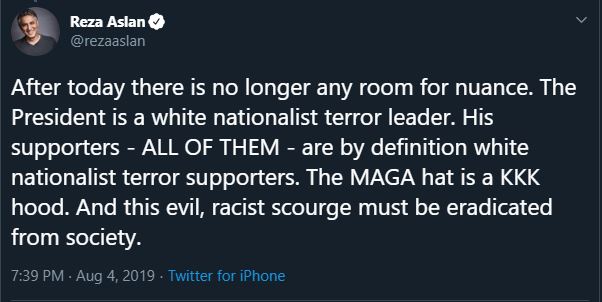 ...that actually doubled down and extended his eradication rhetoric. Little old white ladies who voted for Trump are apparently "white nationalist terror supporters" even though conservatives on social media have been tripping over themselves to denounce the El Paso shooter, in stark contrast to liberals excusing leftist political violence. On a more personal level, although I didn't vote for Trump, my wife did vote for him, so according to Reza Aslan she is a "white nationalist terror supporter" and apparently should be forcibly re-educated or eradicated from society. How can I read that and not see it is a direct threat or at least incitement of violence toward my wife? If that is indeed what is happening, what should my response be? I am not a violent person but I would respond to a threat against my wife and family with all sorts of violence. Can he understand what the rest of us in the country are thinking when we read something like this?

Reza Aslan's family fled from Iran in 1979 when he was 7 years old. He fled from a non-white Muslim country to a overwhelmingly majority white nation. He grew up in our country, went to our schools, benefited from the society we built and is the case so often his response is not gratitude but anger that we haven't done enough to kowtow to him and his opinions. The man is rich beyond measure thanks to the people of a nation founded by what amounted to white nationalists and now he is calling for violence against Americans because he doesn't like their politics. I am sure he will be shocked when there is some backlash from the violence he is calling for.

Be careful what you wish for, you just might get it.