Another Mass Shooting And Guess Who It Was

Over the weekend there was a mass shooting in Hobbs, New Mexico. I haven't ever heard of Hobbs either and had to look it up. From the Epoch Times:

3 Dead, 4 Injured in Shooting at House Party in New Mexico

Seven people shot. That qualifies as a mass shooting under any reasonable standard. What's that, you didn't see this on your local news? I wonder why.....

Four other people were taken to area hospitals for treatment. They were identified as Michael Major, 21; Turon Windham, 20; Rontrell Hills, 23; and Jasmine Stansell, 20.

Khalil, Lamar, Turon, Rontrell. Hmmm, that doesn't sound like a bunch of Mennonite kids. Maybe some white supremacist shot them up, after all white supremacy is the only reason for mass shootings in America!

Police have arrested a man in connection with a house party shooting that left three dead and four injured in Hobbs, New Mexico.

The department arrested 19-year-old Bishop Henderson on Sunday and charged him with aggravated battery. 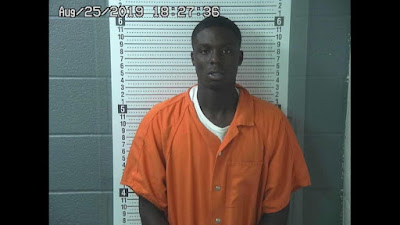 Ooops. As a side note, I think Bishop is his actual name, not at ecclesiastical title.

Hobbs is a smaller town of around 34,000 people, about half of them Hispanic, right on the New Mexico-Texas border. It is not really near anything, being some distance from Roswell, El Paso and Lubbock. Looking at the satellite map, it is just a mid-sized town seemingly dropped into the middle of a desert, surrounded by sand and oil derricks. It has a very small black population, less than 7% of the total, but it looks like a decent percentage were present on Saturday at this house party.

Another mass shooting with the only person in custody being a 19 year old black kid. Since the shooting was reported to have taken place at around 1 AM on the 25th and the mugshot above was taken at around 6:30 PM the same day, it is reasonable to assume that the people at the party knew who did the shooting. There is a Facebook page for a Bishop Henderson of Hobbs, New Mexico that is full of the usual photos you see in the wake of a young black man arrested for a shooting, flashing gang signs, holding a spread of cash, flipping off the camera, etc. In this case no pictures of him pointing a gun which is a little out of character. 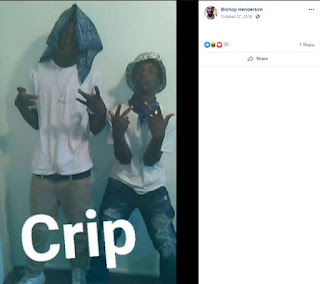 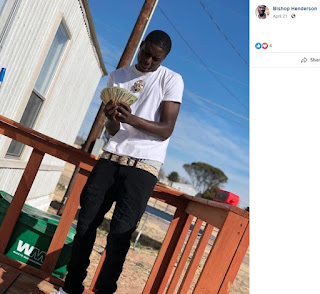 So a mass shooting in a little town that leaves 4 wounded and 3 dead but there is very little news coverage.