The Lying Liars In The Media Lying

This tweet was making the rounds yesterday, posted late in the evening on Thursday. 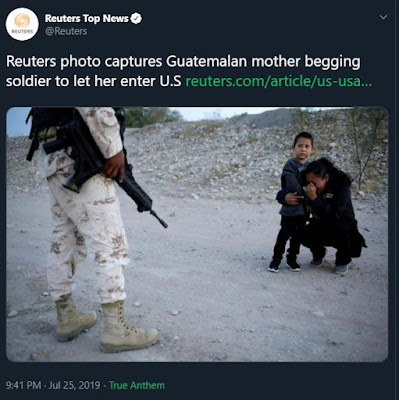 Why that cold-hearted bastard, trying to keep this mother out of the U.S.! Clearly another fascist white supremacist American soldier, a tool for perpetuating white privilege and the patriarchy! 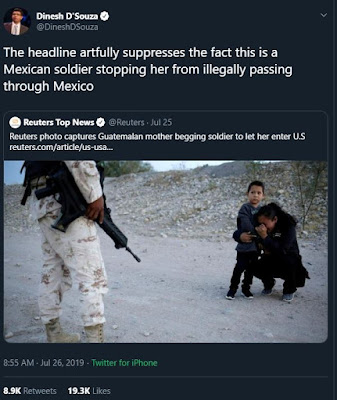 Oh, it is a Mexican soldier. Not doing anything to stop her at all. No mention of the fact that the soldier is Mexican in the headline, although the story does tell you that he is part of the Mexican National Guard. The photo was taken by "Reuters photographer Jose Luis Gonzalez". I am sure that Jose is a completely unbiased photographer who is not racially sympathetic to the Guatemalan and is not also in favor of massive immigration of his own people into the U.S.. Likewise I am sure this photo is not staged even though it looks pretty obviously staged with the kid instructed to look "defiant" and the mother collapsed in anguish. It almost looks like another staged photo.... 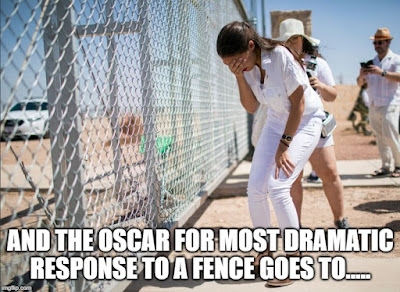 Oh yeah, that's right. She is so distraught that they fenced in those poor innocents cars. JUST LIKE THE NAZIS!

Something I also noticed. Look closer at the mother and son in the picture.... 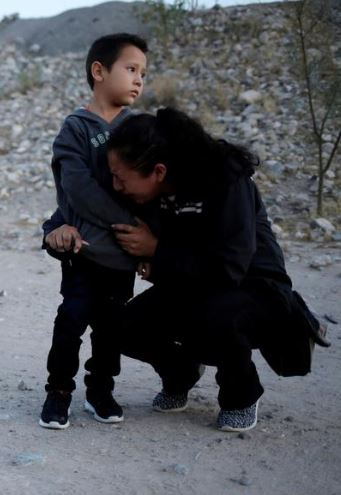 Their shoes look brand-new. They are wearing what appears to be brand new, clean clothing. Weird, I wonder where they got such nice clothing since they are desperate refugees? The boy is clean and has a decent and recent haircut. Maybe somebody provided them nice clothing, almost like it is for a photo shoot instead of an off-the-cuff action photo.

This has all the hallmarks of a staged photo, it looks for all the world like someone setting the mother and son in place to exhibit maximum anguish. "No, no, no, you need to look more distraught! Come on, no money unless you look super sad!". The whole tweet is at best clickbait but at worst, and more likely, is intentionally deceptive. Numbnut liberal women see this picture and it hurts them right in the feelz and they get full of righteous indignation, and of course don't ask any inconvenient questions or think at all.

The media isn't even putting forth an effort to pretend to not be intentionally lying to us. For all of their self-righteous bleating about being the guardians of truth, they are in fact nothing more than propaganda agents of the globohomo establishment. Your average "reporter" is about as honest in their reporting as a Pravda talking head repeating pre-written party lines. More people than ever have realized this and don't put any trust in "journalists" but too many people that are at best marginally engaged still think the media is just reporting facts.

Don't trust anything you hear from the media but do remember their names and faces.
Posted by Arthur Sido at 12:09 PM