The Identity Group Wars Are Gonna Be Lit

I had to guffaw a bit at this story:

Some guy with what looks like a top knot and an expression on his face that suggests a lifetime of drug abuse named Aidan Cook stormed the stage when Kamala "Kneepads" Harris was speaking, sparing the audience a few moments of her lying about the non-existent "gender wage gap". He claimed he wanted to talk about "a much bigger issue". The "big issue" in question is animal rights. The guy also sounded a little light in the loafers, if you know what I am saying but that might just be the result of abusing drugs and not eating meat turning him into a sissy. He was hustled off stage pretty quickly and the response was predictable outrage. It is crucial to notice that there was not outrage because of what he did but because of who he is and who he interrupted.

I am embarrassed to say that Aidan seems to be a white man. I use man in the loosest possible sense of the word, in that he appears to be male, but otherwise is an awful specimen. Senator Kneepads is a black whamen of color. Let's get the judges scores:

A man interrupting a whamen? Bad.

A white person interrupting a person of color? Really bad.

A white man interrupting a whamen of color? Deserving of the death penalty bad.

Back in 2016 a pair of screeching, angry black women interrupted Comrade Bernie Sanders when he was speaking to a genteel crowd of thousands of white liberals who had never seen a black person except on TV. Like the little bitch he is, Bernie backed down and these two harridans proceeded to screech at the crowd about Michael Brown, the enormous thug who was rightly shot dead by a cop in Ferguson after trying to take the officers gun. That didn't get nearly the pushback because it was two black wahmen of color interrupting a "white" old man. Switch the races and genders and the outrage starts flowing.

I've said before that the only thing holding the Democrat coalition together is their mutual hatred of whites, especially white men. When they no longer have that to unite them it is going to get crazy. They have been taught for decades that disagreeing with them and failing to prioritize their pet issue is tantamount to violence so when some knucklehead thinks extending the franchise to chickens is the most important issue in the world and some black chick thinks the "gender wage gap" is the most important issue in the world, and there are not enough normal white men to blame, they will turn on each other.

It will be entertaining to watch but only from a safe distance. Bug out now before the fireworks start. 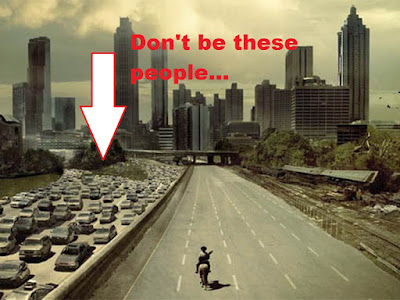