Survival For The Sake Of Surviving

The survivalist movement isn't new at all, back when I was a kid in the 70's and 80's there was a ton of survivalist literature and pop culture. Most of it revolved around life after a nuclear war or a more conventional World War III. From novels about surviving in a post-apocalyptic world to the classic film Red Dawn to role-playing games like Twilight:2000, a lot of us assumed that the Reds were going to wreck the whole thing. Some people had fallout shelters full of canned food and that sort of thing.

That of course didn't happen. The USSR fell, we won. We entered a period of relative calm for about a decade, at least on the surface. There were rumblings of discontent. Ruby Ridge and Waco happened a year apart, followed by the Oklahoma City bombing in 1994 which (coincidentally) marked the functional end of the militia movement. The 9/11 attacks seemed to unite the patriot movement in opposition to Islam and the global war on terror. Then along came Barack Obama who will go down in history as the greatest gun salesman of all time and in spite of the election of Donald Trump, people seem more convinced than ever that things are on the verge of collapse and anarchy. While the name has changed from "survivalist", which tended to carry a connotation of guys in camo running around the woods, to "prepper" which now includes lots of women doing canning videos, the point remains the same: there is a major collapse coming and you need to prepare to ride it out. This has spawned a lot of "experts" online and many of them seem mostly interested in shilling for products that you "Absolutely Must Have Or You Will Die!".

I am not a hard-core prepper or survivalist or whatever you want to call it. We are getting more serious about it every day however, learning and evaluating. We are seeing a great confluence of Bad Things™ that all seem to be converging on a point in the pretty near future: massive demographic shifts, competing tribes, fiscal calamity, perhaps a pandemic or major food disruption. So we are giving a great deal of thought to food and water, being prepared to protect our lives and property if law enforcement gets swamped and trying to form a network of people we can turn to for help and that we can help in turn. Then I read something over the weekend, and it got me thinking: what is the point of surviving a collapse or calamity? I am not talking about surviving for a week after a serious natural disaster but rather what happens when the calamity is systemic and long-term?

A lot of the community seems to be mostly interested in surviving simply for the sake of surviving. Eating sufficient calories and ingesting sufficient fluids, having sufficient shelter and living until the next day. I get that, staying alive is the most fundamental human drive. To what end? You can go live in the remotest possible area, as far from people as possible. You can live alone to minimize the burden of other people. You can cut yourself off from the world and be "safe". Is that how you want to live? Is that even really living at all?

If I survive a collapse but my family doesn't, what exactly have I gained? My wife and my children are everything to me. Living out my remaining years alone in a shack isn't a win for me just because I am still breathing. There has to be the hope of something better.

In the latter half of my forties, I realistically have at least 30 years of life left. While I am not so naive as to think I will retire in 20 years and live out my golden years traveling with my wife and playing golf, I do have aspirations of seeing better days. I want to stay alive not just to provide for and protect my family right now but to help rebuild something better on the other end. Granted I might not live to see it but one of the things that has made Western civilization great is that we build for a future for others. The Greek proverb holds true:

“Society grows great when old men plant trees whose shade they know they shall never sit in.”

I am not an old man quite yet but I feel a responsibility to my family and my people. Generations of my people before me built this civilization, from the old country in Europe to the New World. They explored like no people before them, discovered this land and created a new nation that clung to the shoreline of North America. They set out for the interior of this vast land driven by the need to discover and explore. They conquered and settled this new world, they fought for independence and then they fought to protect that independence and freedom. I cannot selfishly look to the future and think only of preserving my own life. I have an ancient obligation to fight for my people, even when so many of my people don't want to fight for themselves. If I am to survive it must be for a purpose and my purpose is to see this civilization restored. I may never know my great-grandchildren but if I live out my days knowing that I will do some small part to build the foundation of a world for them, it is enough. It is all going to come apart but being prepared for that must mean being prepared as well to rebuild.

If you think there is no hope for the future but a bleak existence of scraping up enough calories to keep your body alive each day, what is the point? Why bother? Dying alone in a shack when your supplies run out or you get too old to forage doesn't have much appeal to me. I would rather go out fighting for a better future for the people I love, even the ones that don't know me. My hope is based on history. My people have faced great calamities before, wars and famines and plagues and even invasions and conquests. We have always persevered and come out on top. That strength is still within us, perhaps deep under the surface but it is still there.

By all means, prepare for the coming collapse but when you are doing so be sure to prepare to rebuild. A future with no hope is no future at all. 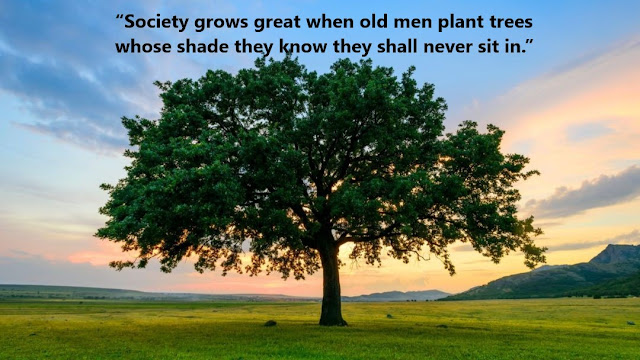