Segregation Is Alive And Well

In 2019 we are endlessly harangued about things like slavery, segregation and Jim Crow laws that ended more than half a century ago. The law is pretty clear: a business cannot discriminate based on a whole litany of things like race, religion or ethnicity. I can't say that I won't serve a customer because he is black and in theory a black business owner cannot deny me service because I am white. It is a general principle that is enforced by law that businesses that cater to the public are not permitted to discriminate on race or religion.

I am not sure the laws were ever Constitutional. The idea of free association should still prevail. If a black owned restaurant doesn't want me to eat there, that is fine with me as long as the opposite is true. But it isn't and that is just the way it is, even though discrimination like that would be taken care of by the market in most instances.

Like so many other laws, this has been perverted, quite literally, by the militant homosexual lobby. The Masterpiece Bakery case is instructive. A small bakery in Colorado has been harassed by homosexuals with the aid of the government because he refused to bake a specific type of cake for a homosexual couple that was getting "married". He would have baked them a cake, just not a cake specifically celebrating their homosexual union. The homos that demanded he bake them the cake obviously sought him out knowing he was a Christian to try to force him to either make their revolting cake or refuse so they could sue him out of existence. We have moved way past the idea of keeping the government out of the bedroom and into the realm of the government forcing you to celebrate what homosexuals are doing in the bedroom. The owner of Masterpiece Bakery, Jack Phillips, was then sued again, demanding he make a cake celebrating a trannie "transitioning" from male to female. For now these cases aren't going anywhere but the message is pretty clear. Bake the cake or suffer the consequences. 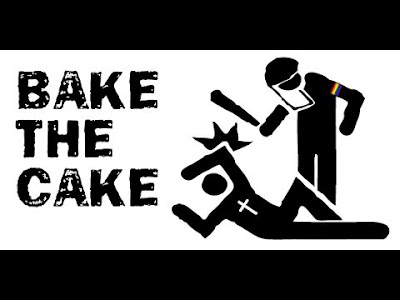 What we are finding today is that this concept of non-discrimination in business is pretty selectively enforced. Social media outlets like Facebook and twitter regularly shut down conservative accounts while far-left political groups operate with impunity. Even pretty obvious pedophiles are allowed to have accounts on twitter as long as they are careful. The response from liberals and from "libertarians" alike is usually the same: go build your own platform. In other words, you have to self-segregate because we don't serve your kind here. Of course when platforms like Gab do try to provide an alternative, they are run off of hosting sites, banned from app stores, have their funding mechanism cut off and are generally constantly being pressured to shut down. What the idiot libertarians don't ever seem to understand is that we don't live in a free market so appealing to free market  arguments is just asinine. The globohomo corporate oligarchs have chosen a side and conservatives, libertarians and other right-wingers aren't on that side. Meanwhile libertarians still fawn over big business while those big businesses are working against liberty.

Then just last week one of President Trump's sons, Eric Trump, was assaulted by a server at a restaurant who spit in his face. It didn't get a ton of media coverage but you can imagine if someone had spit in the face of one of Obama's daughters. If I saw someone spit in Malia Obama's face, I would kick his ass because that is disgusting but a lot of liberals seemed to think that spitting in Eric Trump's face was hilarious, sort of like dumping a milkshake on someone because you don't like their politics.

Then along comes Stephanie Wilkinson. She owns the infamous Red Hen Restaurant in Virginia where Trump Press Secretary Sarah Sanders was peacefully dining until Ms. Milkinson demanded she leave. Was Mrs. Sanders being rude or disruptive? No, she was simply guilty of having the wrong politics. Not only did Ms. Wilkinson run Sanders out of her restaurant, she reportedly followed Sanders and her party to an adjacent restaurant and gathered people to scream at them in a totally different venue.

Last night Ms. Wilkinson penned an op-ed for the Washington Post (Democracy Dies In Darkness!) titled: When it comes to high-profile collisions in restaurants, new rules apply. Yeah, you know where this is going. According to Ms. Wilkinson, "...the fact remains that restaurants are now part of the soundstage for our ongoing national spectacle.". That is an interesting notion. If restaurants are no longer just private businesses that serve food to the public but are indeed a de facto public square where political discourse takes place, it seems that she might be running afoul of the First Amendment, something liberals in eons past (like 20 years ago) thought was important. On the one hand, she writes gushingly:

Thankfully, as a culture and by law, the United States continues to move toward increasing inclusivity in communal spaces. No one can deny you service because of your race, religion or national origin. (And in some places, sexual orientation, physical ability and age are also protected classes, while in the District, Seattle and a few other locales, it is illegal to refuse service based on a guest’s political affiliation or views.) At the same time, if you’re an unsavory individual — of whatever persuasion or affiliation — we have no legal or moral obligation to do business with you. And that, too, is right.

Then on the other hand she writes this...

So when the day comes that the world feels returned to its normal axis, I expect we’ll see fewer highly charged encounters making headlines. In the meantime, the new rules apply. If you’re directly complicit in spreading hate or perpetuating suffering, maybe you should consider dining at home.

For the rest, your table is waiting.

As far as spreading suffering, under Obama and Secretary of State Hillary Clinton, the government of Libya was deposed and now there are open air slave markets in Libya. I would think that would count as perpetuating suffering. I wonder if Ms. Wilkinson would refuse service to Hillary Clinton? Under Obama people died trying to cross into America and unaccompanied minors were held in "cages" but I bet he and Michelle would be welcome to dine at the Red Hen.  Maybe conservatives should be required to enter restaurants by a rear entrance so they don't offend the delicate sensitivities of liberal diners? But how to identify less well know conservatives? Hey, I have an idea! Make Republicans wear something distinctive so liberals can spot them more easily. Maybe an armband, that idea has never been tried... 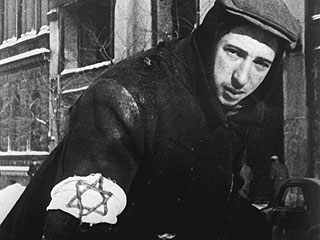 If we can't share public spaces with the Left, or more accurately if the Left refuses (increasingly violently) to share public spaces with us, then why exactly are we still pretending to be one United States? The Left, as Ms. Wilkinson suggests, is willing to allow us to use their public facilities again but only once we return America to her "normal axis". In other words, if we shut up and stop voting for politicians we want and vote only for politicians she wants, she will let us eat in her irrelevant little restaurant. Like TSA screeners and DMV workers, the littlest tyrants are often the most vicious.

There is a cost to incivility. Ms. Wilkinson no doubt doesn't see it yet but it is there. We already see the will of the people being thwarted by a small number of judges, the media and the bloated D.C. bureaucracy, all without a shred of accountability. As the Left continues to try to suppress free speech, flaunt the idea of free association and public accommodation and increasingly turns to violence and intimidation to suppress free speech, the pot is eventually going to boil over.
Posted by Arthur Sido at 9:52 AM