Political Violence Is Ratcheting Up

It shouldn't come as any sort of shocking news that we are in a era of political violence that we haven't seen since the Weather Underground and other far left groups decided that love wasn't all you need after all. Since the 2016 election cycle, political violence and mob rule has become quite commonplace although the media does it's best to ignore the actions of antifa and instead focuses on the phantom menace of "white supremacy". It is pretty typical of the media to focus on made-up issues while ignoring real issues. The media is almost entirely an open advocate for left-wing politics and doesn't really bother to hide it.

One major difference between the days of rage and now is that in 1970 the U.S. was over 83% white whereas today whites are barely a majority and in many places are already a minority in their own country. After decades of the "education" system and the mass entertainment world stirring up racial strife, our "melting pot" is a boiling cauldron of tribalism, resentment and barely restrained violence.

Case in point. Yesterday the Proud Boys (who are not "white supremacists" or "Neo-Nazis") were going to hold a rally in The People's Republic Of Portland. Since it is Portland, antifa declared they would show up, masks and all. Independent journalist and Portland resident Andy Ngo said he was also going to show up but was nervous because of threats of physical harm he was receiving but he went anyway. Sure enough, he got assaulted, robbed and ended up in the hospital. He was punched and hit with "milkshakes" that reportedly had quick set concrete mix in them or some other substance to make them harder and caustic.


Update to @MrAndyNgo supporters — he is being admitted to the hospital overnight as a result of a brain bleed. You sick “journalists” and other hacks gloating about this should be ashamed. As for the rest, please pray for @MrAndyNgo who we need back in health — brave man!🙏🏼🙏🏼🙏🏼❤️ https://t.co/XYVy4EbIzv
— Harmeet K. Dhillon (@pnjaban) June 30, 2019

It is hard for me to watch the videos. A fair fight is fine, two guys duking it out to settle an issue is one thing. But when you see someone being attacked by a large group, it is revolting. I have never met Andy Ngo but he doesn't look like a very big guy but even the biggest guy is going to lose when he is attacked from all sides by a dozen people. This sort of thing is pretty common, certain groups always seek out the lone person to attack and then thump their chests about being so tough. Whether it is antifa attacking Andy or a group of men sucker punching a lone individual in the "Knockout Game", these guys love thinking themselves as tough guys when they outnumber you. As Andy Ngo tried to walk away, one punk shouted "Owned bitch!" like he had just done something hardcore. Yes, you owned him when you outnumbered him 12 or more to 1. What a little faggot. I am sure he wouldn't dare throw a punch if he wasn't wearing a mask and surrounded by dozens of his little Commie buddies.

This is how the Left operates. When a mob was standing outside of the home of Tucker Carlson when he wasn't home, terrorizing his family and even damaging their front door, they knew they were safe. Even if Carlson was home, he is only one guy. Maybe he is carrying to protect himself and his family. I hope he is because these people are coming unglued and they hate him, but not just him.

They hate you. They hate your family including your children. They quite literally want you dead and replaced. They don't hate you because of anything you have done, they simply hate you for being who you are.

Antifa is going to keep ratcheting up the violence until someone gets killed. I watched a video of Portland police stopping an antifa guy heading for the riot/rally wearing a mask and carrying a baseball bat. While handguns account for the vast majority of murders in the U.S. (unlike the vilified AR-15), lots and lots of people are killed by easily concealable knives, blunt objects like baseball bats and bare hands. Thousands of people every year in fact. That doesn't stop antifa, it seems to encourage them. They are convinced that anyone that isn't 100% on their side is basically a Nazi so punching a Nazi even if that results in death is justified. Your naughty opinions and speech are violence according to the Left, no different from battering someone, so assaulting or killing someone exercising free speech is really just self-defense. Yeah, I know it is insane but that is what these people believe. The other reason that antifa doesn't seem to care is that these mobs are designed for a specific purpose, suppression of political speech. The vast majority of people on the Right don't assemble publicly and very few use their real names because antifa will dox you, try to get you fired and even threaten your family. Again, they whine about "kids in cages" on the border but they don't give a shit about the children of mildly conservative parents. Their goal is to completely shut any conservative or libertarian or what have you speech out of the public square. I wish libertarians would realize that this is already a violation of the Non-Aggression Principle and stop sitting on the sidelines.

As usual the Portland police were as useless as tits on a boar while all of this was going on. Portland Mayor Ted Wheeler, a far left soyboy who has in the past ordered the Portland police to stand down when antifa decided to rampage in the streets of the city he is supposedly "leading", is completely absent because he sympathizes with antifa or at least is terrified of saying anything in far Left Portland because he is afraid he won't get re-elected. I have my issues with the overuse of force by the police but if the cops can't even keep the peace for the purpose of political free speech, what the hell use are they?

The violent morons in antifa are the "intellectual", a term I use in the loosest possible sense, progeny of the Soviet revolutionaries and the Communist Chinese Red Guard: violent, low intelligence thugs with no purpose in life that have been weaponized to overturn the very society that has provided them with a life of luxury. They seem to think that because they can operate with impunity in Portland and beat up lone Asian homosexual journalists that they will have no problem rounding up the kulaks in flyover country. What they don't seem to realize is that a) we know what happens when you try to accomodate Communists, you end up on a one-way train ride, and we aren't getting on the trains and b) these kulaks have hundreds of millions of guns and hundreds of billions of rounds of ammo. Let me be clear that I am not advocating violence but I operate under two simple principles:

1) I am not going to get on the train

2) I am not going to be the first to pull a trigger but I intend to be the last.

Those seem like pretty sensible rules to live by.

A lot of conservatives, libertarians, liberty loving people, Gun-Right 2nd Amendment people, the kind of people who believe in America and the Constitution, are still trying to pick a nuanced, middle-ground position thinking that if they avoid what they assume are the extremes, they will be OK. They will not.

There is no middle ground, there is no neutral position. There is not a safe place to stand politically where you will be left alone.

Not anymore, not in America 2019 and certainly not in the times that are coming. There is complete submission to the Left or you prepare to fight. There is no third option because the Left gets to declare where the lines are drawn and anyone on the "wrong" side gets punched. You can't reason with them or change their minds, so you only have one option. Like a lot of us I have been getting more serious about getting into better shape but that isn't going to help much in a 15-1 fight so your preparation needs to get more serious than just losing weight and lifting.

We all need to start cultivating a different mindset. The world we grew up in had rules about political discourse and general decorum but those rules have gone out of the window. We need to radically rethink the rules we operate under because rules that handcuff us in terms of allowable discourse and behavior are not adhered to by the Left. Again, they are going to try to exterminate us. That is not hyperbolic, the Left has been talking about this in America for decades and we saw it in action already in place like the Soviet Union where dissidents disappeared and kulaks were starved to death, in Red China where dissidents were executed. We saw it in the killing fields of Cambodia where millions were killed for being "dangerous" to the revolutionary Communist government. We still see it today in North Korea and China. The Left is already using dehumanizing language. We are not people and fellow American citizens they disagree with politically. We are "fascists" and "Nazis" and "white supremacists", regardless of whether any of that is true. When you are asked to kill a person, it is a violation of everything you are told about the preciousness of human life. When you are asked to kill a "Nazi"? Well that is just heroic. Hitting a little Vietnamese guy with milkshakes laced with concrete mix and sending him to the hospital is just like storming the beaches at Normandy.

I hate to say it, and I mean that, but we need to start to change our thinking. My weapon of choice is reason and facts, rhetoric and the written and spoken word. But the rules of engagement were changed and not by me. I can't out-reason someone who thinks that my opinion is an act of violence and hits me with a brick in response to a political statement. We need to start treating antifa as the Commie scum they are. A good place to start is this post from Mountain Guerrilla:  Developing an Effective Pre-Disposition for Violence

I wish this was not where we were, I wish we lived in a civilized nation but we don't.

Again, I am not advocating for preemptive violence, I am simply preaching preparation for self-defense.

Polish anti-communist soldier Rafał Gan-Ganowicz was once asked what it was like to kill a man and he famously said in response:

"I do not know what it's like to kill a man. I only killed communists." 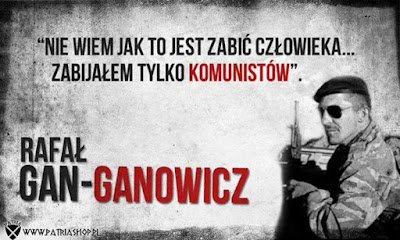 As a fellow Pole, I approve of this message. It might be made up but I still approve.

We didn't start this but it will be up to us to finish it. 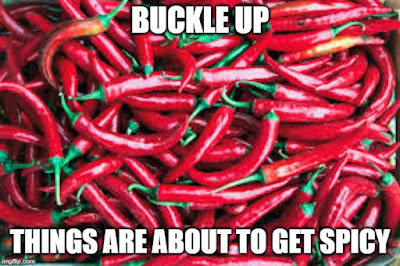