Warm up the horn! 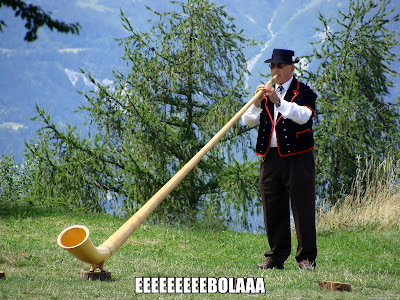 Aesop at Raconteur Report gives us some good news, Ebola has escaped the Congo and there are now multiple confirmed cases in Uganda: Told You So

The original Uganda case is dead, and that means he probably had Ebola for three weeks, and was infectious for two. The two new cases mean his parents probably killed two more people, and will ultimately be responsible for hundreds to thousands of deaths in Uganda.

And the shit has officially hit the fan.

Ebola hit Uganda, and officially doubled in 24 hours.
This is now West Africa 2014, all over again.
And I repeat what I said on the 5th:
At this point in 2014, the U.S.A. was 6 weeks from the first Ebola case here when the outbreak had reached this size. (We didn't know that at the time, but that's how it worked out.) The only difference is this outbreak is moving half as fast.
And unlike 2014, we have hundreds of refugees headed here from the exact affected country. This time around, fever (or lack of it) is no longer a reliable tool to screen out the infected from the uninfected.
And it's the only tool anyone, including the TSA, is using.

Meanwhile, WHO had barely 50% of the resources they needed, to monitor Ebola in only 75% of the affected health zones in DRC.
Now they've got to shift some of the resources they already don't have enough of to Uganda, to try and head off things there going totally to crap, like they will.
That will end well. Not.

The 5-year-old boy's mother and grandmother, along with several other children, were stopped at a border post before crossing into Uganda. A dozen of them already showed symptoms of Ebola.

Congo's health ministry said those 12 were put in an isolation center, but in fact they were told to remain where they were staying until transport was found to an Ebola treatment unit, Dr. Dominique Kabongo, a local coordinator of response teams, told The Associated Press.

Meanwhile we already have Congolese "refugees" stumbling across the border and squatting in San Antonio until some nice Catholic charity gives them a bus ticket to literally anywhere in America. Someone is paying for these Congolese to fly to Central America and then paying for them to get to and over the border and then "charities" in the U.S. are paying to spread them around the country.

Why, if I were a suspicious sort of person I might suggest this sounds an awful lot like biological warfare with enemies of the United States funding the transportation of people from a nation with a highly infectious and deadly outbreak to our border. If you were an enemy of the United States, why wouldn't you intentionally expose a few dozen people to ebola and then pay for them to travel to the U.S. For less than $50,000 you could get infected people into all of our major cities in a few days, going to airports, malls, sporting events, whatever. We have the facilities to treat a few dozen, probably less, ebola patients. If hundreds across the country came down with ebola? Our health care system would collapse in days.

If we had someone other than Taller Hillary as President, they would close the border and clamp down on all travelers from the Congo and any nation in that area. But our current Commander in Chief is focused on celebrating the decriminalization of homosexuality in Botswana. MAGA!

Even if it isn't a coordinated and intentional attack, let's look at Uganda. The area where the outbreak crossed the border seems pretty remote, as evidenced by infected people stumbling back and forth. But there is a decent road that winds around and ends up in Kampala, the capitol city of Uganda with a population of nearly 2 million people. It is not a short drive but it is a doable drive of six hours or so and ebola has a lengthy period before an infected person shows symptoms:

From Kampala you can get to Entebbe airport. From there? Anywhere in the world. Just for fun I randomly picked some dates and looked at flights from Kampala to D.C. and there are lots and lots of options for only $1200. You can get to London for less than a grand on a ton of flights. 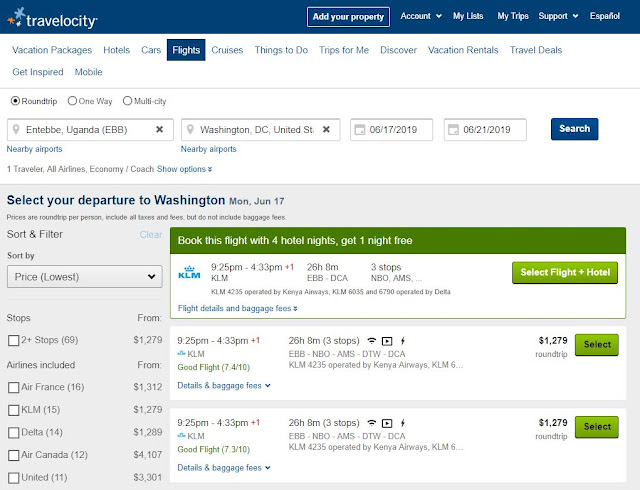 $1200 is a lot of money in Uganda but if you think you have ebola, wouldn't you do whatever it took to get out of Uganda and get to a nation with actual medical care?

If it isn't this outbreak, it will be something else. Global travel is too easy, even from backwards shitholes like Uganda and the Congo. Add in well financed groups that would love to see America collapse and it is only a matter of time.

How much ammo do you have?

Trick question, no matter how much you have, it isn't enough!
Posted by Arthur Sido at 9:43 PM