In my last post I said that the most sure sign of the impeding "coming apart" of America was the spike in public degeneracy. We have always had lots of degenerates in our culture, all cultures do. For most of our history degenerates were rightly shunned and forced by the culture to stay in the shadows. Social pressure kept the lunatics from getting out of hand. What we would now call a "hate crime" or "gay bashing" used to be a way to keep the perverts away from the normal parts of society. I am not suggesting we should assault trannies for walking around but there is a societal imperative to keep a lid on the worst sort of degenerate behavior. We are seeing now what happens when you turn the heat up all the way and take the lid off: the weird crap is boiling over. 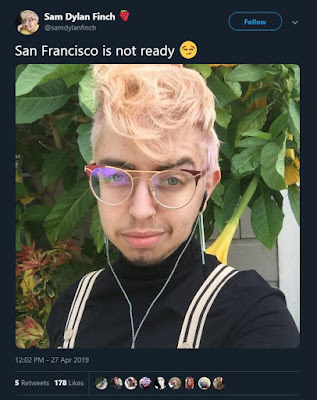 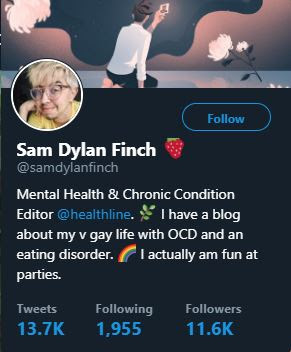 So here we have a...well a guy I suppose...that cheerfully points out his mental illness. First he is a homosexual which was always understood to be a mental disorder. He also has OCD and an eating disorder. I assume there is a lengthy list of other mental illnesses that he didn't have space to mention thanks to the Twitter bio character limitations. But he is the "Mental Health and Chronic Condition Editor" for something called "healthline". I scanned their twitter feed and it was a bunch of kind of weird stuff with a few halfway normal articles mixed in. But Sam Dylan Finch shouldn't be writing about mental health, he should be getting treatment for mental illness.

Then there is this guy, Brian Sims, who is getting all sorts of attention on twitter for harassing an elderly woman peacefully praying in front of an abortion clinic and offering money for people to dox teens also demonstrating for the right to life. What makes this guy so awful is that he is a state legislator in Pennsylvania, and he is trying to suppress free speech and religious expression and intimidate teen-aged kids to silence them. Of course Twitter is too busy banning parody accounts of Alexandria Ocasio-Cortez to worry about someone openly violating their terms of service. But check out his twitter bio: 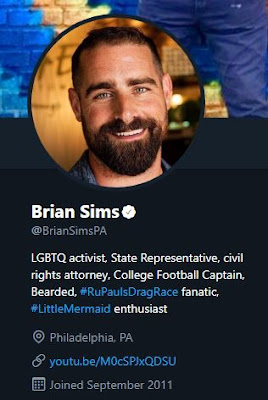 An adult "man" and an elected lawmaker that brags about being a "fanatic" about a show made by a creepy transvestite and that he is a Little Mermaid enthusiast. What adult man openly tells people he is entranced by a cartoon movie about a coming of age mermaid?

In less insane ages, men who had a weird fetish about teen-aged mermaid cartoon characters aimed targeted at little girls would have the decency to keep that to themselves. Mentally ill homosexuals wouldn't brag about their mental illness with an online bullhorn. This guy's social media accounts are the online version of a panel van with "free candy" spray-painted on the side. 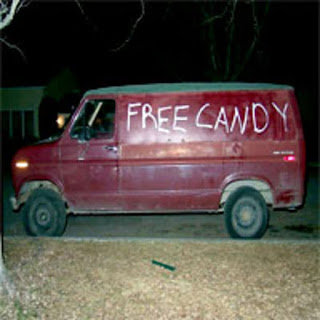 I don't think that the actual percentage of freaks and degenerates is going up in America but as the population increases the total number of degenerates is increasing as well. There are only a small fraction of mentally ill people like this but when you multiply that small fraction by 330 million, you get a lot of freaks. Even if one half of one percent of all people are sexual deviants, that is still over 15 million of them. Plus the frequency of degeneracy is inflated because they tend to be promoted by and/or involved in popular culture. The other factor is that the severity of degeneracy is skyrocketing. Civilized society once kept the worst impulses in check but now you are encouraged to expand and enhance your perversions. Add in social media and it can seem like this is very commonplace although most of us never encounter it unless you live in San Francisco, New York or some other fetid swamp where this stuff thrives and multiplies.

I guarantee people like this are super vocal about being anti-"Islamophobia" and pro-"refugee". I wonder what happens to people like this in majority Islamic nations?
Posted by Arthur Sido at 2:46 PM