So Much For #MeToo

Poor Joe Biden. He is just a warm, affectionate, tactile expressive lover of women and it is misinterpreted by so many. Sad!

For some reason, Joe Biden is one of the leaders for the Democrat nomination to face Trump in 2020. As I said in a prior post, Gropin' Joe Biden Virtue Signaling For All He Is Worth, Joe isn't exactly a dream candidate:

Joe Biden, notable for being dumb as a bag of hammers and a creepy perv that likes to sniff and paw at young women, is for some reason one of the leading candidates for the nomination. He brings nothing to the table as there are plenty of dumb people in America. He is also already pretty old, turning 78 next November, and again there are lots of other, less creepy old people in America. He has almost no significant work experience, having worked as a lawyer before I was born for a year or so. Since 1973 when he was sworn in, he has been oozing around Washington, D.C. as a Senator or the Vice-President but he still likes to play the "aw shucks" shtick which fools a lot of people.

Although in fairness, what Joe has going for him is that he is the least loony of any of the major candidates. Someone like Tulsi Gabbard would be a formidable candidate but she isn't sufficiently pro-war for today's Democrats. Elizabeth Warren is as exciting as a slice of Wonder bread but she would be safe, however she permanently disqualified herself with that DNA test stunt. So that leaves a bunch of freaks like Cory Booker and his magically appearing "girlfriend", Kamala Harris who whored her way up the ladder in California politics and "Beto" O'Rourke who is mentally unraveling under the pressure already. So Joe is a great safe choice for Democrats and he might keep Bernie from accidentally winning the nomination.

I think Biden would actually fare well against Trump. He has that fake folksy pseudo-populism thing down pat. He isn't going to get the same visceral response from white working class voters as some of the more "progressive" candidates. He isn't a homo or a minority or a chick. All of that is why some people in the Democrats decided to take him out with a pre-emptive political assassination before he could even declare his candidacy. They chose an ambitious Hispanic woman named Lucy Flores to accuse him of the same behavior we have seen him exhibit a ton of times on video.

He sniffed and pawed her? I find it kinda hard to even look at her. Yoiks! Something about her seems so familiar.... 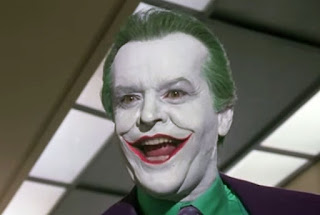 Her story was immediately, in what was a pretty obvious coordinated effort, spread around the internet and suddenly Gropin' Joe was on the defensive. I think this is going to sink his candidacy but what is more interesting to me is the response from some "progressive women". 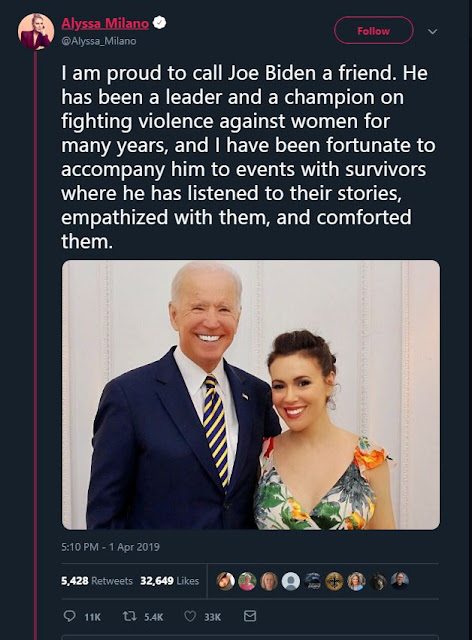 She doesn't even pretend the allegations are untrue. She simply seems to be declaring that the allegations don't matter and they don't matter because she met Joe Biden and most importantly because he is a liberal. The harpies on "The View" chimed in that they all just love Joe and that they don't even want him to stop pawing women and girls. Then of course the current Lieutenant Governor of Virginia, Justin Fairfax, is credibly accused of actually raping two women and no one on the Left seems concerned about it, for strictly political reasons. See: While Dems decry Biden's hair sniffing, a credibly accused rapist still holds high office in Virginia.

Everyone knows that the sudden appearance of these "new" allegations was just a political assassination designed to take Joe out of the race before he even officially gets in. Ample video evidence has been available forever and makes for great gifs but now they get this ambitious chick to tell her story and explain how it "scarred" her so that the Dems have an excuse to not support Biden. Watch Lucy Flores in the run-up to 2020, I guarantee she either gets nominated for some elected office or ends up with a political appointment. But what is truly important is how quickly Democrats, especially liberal women, have closed ranks to protect Joe. That is the really key thing to understand about the #MeToo farce:

It was never about protecting women, it was just a weapon to use against conservatives.

The people pulling the strings on the Left are evil and they hate you.

At some point you will be forced to choose.