Fighting In A Cage Using The Queensberry Rules

This post was started a while ago but I decided to pull it out and try to finish it in light of the impending showdown in Congress over the President's emergency declaration regarding border security. Many Republicans have come out in opposition to this, something they only paid lip-service to when Obama was President, but when it comes to border security they suddenly found the courage of their "convictions". The latest Republican to come out in favor of a Democrat sponsored bill to overturn the executive order is Senator Rand Paul. I have long been a supporter of Rand Paul, he is not the same man as his father but at one time seemed like he could be a "kindler, gentler" Ron Paul that would have broader appeal. I even voted for him in the 2016 primary in spite of him dropping out of the race before we cast our ballots in Indiana. I even understand and have some sympathy toward his reasoning. Unlike RINOs like Lisa Murkowski and Susan Collins (and almost certainly Mitt Romney), Rand Paul at least has a semi-legitimate reason for his opposition based in his belief in a strict system of balance of power and checks-and-balances. Here is his statement:


Every single Republican I know decried President Obama’s use of executive power to legislate. We were right then. But the only way to be an honest officeholder is to stand up for the same principles no matter who is in power. https://t.co/jegHmfxDK1
— Senator Rand Paul (@RandPaul) March 4, 2019


Now, if we were in a world where the political struggle was occurring on anything even approximating a level playing field, I would applaud. But we aren't. That brings me to the post I started.

If one team in the Super Bowl is playing by the rules, only 11 men on the field, getting called for holding, etc. but the other team is using 22 players at a time, the linemen are not only holding at will but using tire irons to bludgeon the other team and the refs give them a first down no matter the results of a play, the second team will outscore the first and win the game. Sure the first team will have played by the rules and have their principles but the second team will hoist the Lombardi trophy and get the huge, gaudy Super Bowl championship rings.

Now imagine that the stakes are not who wins the Super Bowl but whether a nation survives or not. One "team" in America tries to play the game of thrones under the constraints of the Constitution. The other does not and doesn't care because there are absolutely no repercussions for cheating. Obama makes up laws via executive order and his side cheers while the other side strenuously objects. Trump does the same thing and his own side complains about him not playing by the rules. Hiding behind your fidelity to the Constitution is great but with one small disclaimer:

The Constitution only works when everyone abides by it.

When half of the country doesn't care about the Constitution and that half includes a lot of elected officials and judges, the Constitution just becomes a mythical concept that we are going to return to, with no thought given to how exactly that is going to happen. A quick little spoiler, if we don't do something about mass immigration we will never get back to the long lamented Constitutional Republic.

The Left lives in a fantasy world where giving people free stuff is paid for by a magical pot of endless money that has always been there but we were kept from it by evil Republicans. On the other hand conservatives live in a fantasy world where the U.S. is governed by the Constitution and we are only an election away from getting back to a Constitutional Republic that hasn't existed in the lifetime of almost every American.

I want to get back to a nation governed by the Constitution, with a government highly constrained by that same document. But I also realize we have to actually have a nation in order for that to happen.

We lose ground every year. Every year the restrictions on free speech and expression tighten, slowly to be sure but inexorably. The movement to disarm the population is only a razor thin margin of voters away from moving ahead full steam, and make no mistake, an armed civilian population is the greatest threat to the plans of the would-be technocrat tyrants among us. Every year the core population of America grows older and dies and is not being replaced by childbirth, while at the same time the new population of America floods across our borders and is welcomed in as "refugees" who turn around and undermine the very people that gave them shelter. Every year we lose ground and we never, ever get that ground back. What leftist advance have we ever successfully pushed back? No one even talks about gay marriage anymore. Republicans make noise about abortion but two years of GOP control of both the House and Senate got us nowhere. We never get back our liberty and every single time we "compromise" in the spirit of "bipartisanship", we lose something we never get back and don't gain anything. People who whine "why can't the two parties just get along and get stuff done" are idiots and need to be punched in the nose. I don't want anything Democrats advocate to become law and I am not willing to trade any of my liberty to get a lower tax rate for corporations that financially support the same people that are trying to exterminate me. We have been getting hoodwinked with these "bargains" for decades. Enough.

My entire life the conservatives, at least the ones pretending to be fighting for us, have been trying to fight using the Marquees of Queensberry rules while the left shows up to the fight with lead pipes and brass knuckles.

Guess who wins the fight between these two scrappers. : 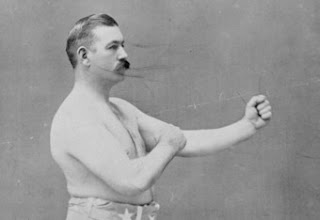 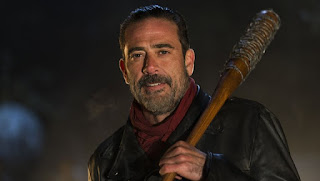 Hint, the guy with the barbed wire wrapped baseball bat beats the bare-knuckle guy. To death.

"But by lowering yourself to fighting by their rules, you become what you hate! If we don't keep our principles we are no better than the Left!"

When you are in a fight for survival, all that matters is survival. If someone is threatening me or my family I am not going to challenge them to a "walk 10 paces turn and fire" style duel. To protect my family I will fight as dirty as I need to fight in order for them to survive. I'll shoot an intruder in the back if I have to. I won't feel much better standing at the graveside of my child by consoling myself with the knowledge that at least I played by the rules.

In a decade or so, when the demographic tide swamps us, there is nothing that will stop a President Kamala Harris with a friendly Congress from stacking the Supreme Court with liberals who will reinterpret the Constitution to mean whatever they want. Say good-bye to religious liberty and freedom of assembly and speech. Say good-bye to the 2nd Amendment and hello to dead civilians and cops when the government tries to confiscate 400 million guns (and that is absolutely the end-goal). Maybe Rand Paul will still be in the Senate impotently talking about the Constitution to an empty chamber but that is all it will be, impotent talk.

A future where we sit around the gulag burning copies of the Constitution to keep us warm is not very appealing. Saying it is not whether you win or lose but how you play the game isn't going to be much comfort while we starve to death in re-education camps.

While abortion is the unholy sacrament of the Left, the most important issue now for them is immigration. Everything they want to accomplish depends on replacing the American electorate by suppressing childbearing in the native population and packing the nation with immigrants. The converse is true. Nothing matters, not abortion or the Supreme Court or taxes or trade policy, if immigration doesn't get under control. Yet you have a hard time getting the GOP to acknowledge this. As I pointed out a few days ago, "conservatives" not only barely pay lip-service to the immigration problem, they are often trying to censor immigration patriots and pushing for even more immigration as long as it is "legal". This is suicidal as immigrants of all kinds vote overwhelmingly Democratic but that is what the Chamber of Commerce and Wall Street Journal demand, so that is what they deliver. The Left understands that if they win on immigration, they win on everything else. They are fighting the big war with a strategic vision. Conservatives don't understand this or don't care and think that focusing on moving the U.S. embassy in Israel to Jerusalem or building even more aircraft carriers is somehow winning while their inaction on immigration ensures a permanent Democrat majority.

Lose on immigration and you lose the American experiment. The dream of a liberal democracy is on the edge of being lost forever and no amount of principled appeals to the Constitution is going to change that. Whatever replaces our system is certainly going to be worse for everyone except the elites. You can take comfort in playing by the rules when you are standing in the breadlines with a wheelbarrow of nearly worthless money. Or you can fight back with everything you've got. There is not a third option.
Posted by Arthur Sido at 10:53 AM