Other Than That It Was Accurate

I was scrolling through Netflix looking, in vain, for something interesting when I came across this new offering: 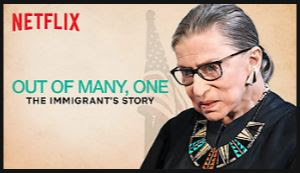 Well there are a couple of issues here.

First, Supreme Court Justice Ruth Bader Ginsburg, is not an immigrant. She was born in Brooklyn. Her parents were immigrants but so were all of our ancestors at some point.

Second, the title "Out of many, one" is a long existing motto, appearing on our coins and the seal of the United States in the original Latin form "E pluribus unum". Here is an early sketch 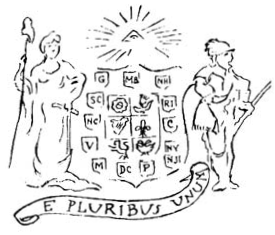 The meaning of "Out of many, one" refers to the 13 colonies becoming one new nation. It is only recently that it has been retconned into referring to the "melting pot" and mass immigration.

So other than the image being deceptive and the title being completely historically inaccurate, it looks like a winner. The description at IMDb says:

The United States has long offered a promise of opportunity and safety to arriving immigrants - The American Dream. However, currently facing a time of deep political, social, and cultural divide, immigration has become a divisive issue.

That sounds great of course until you learn a little history. The United States was never a "melting pot" until fairly recently, except in the sense of having a bunch of different European immigrants. I am sure this is not just another Trump hit piece published by Netflix.

If I didn't know better I might think that the Left is trying to rewrite American history entirely.

If I didn't know better that is.
Posted by Arthur Sido at 8:21 PM