I post some inflammatory stuff sometimes on social media but as of yet have never been in Facebook jail or suspended on Twitter. But this morning something I posted very early, before 6 AM, got flagged as spam. I clicked the "this isn't spam" button and it immediately was restored. 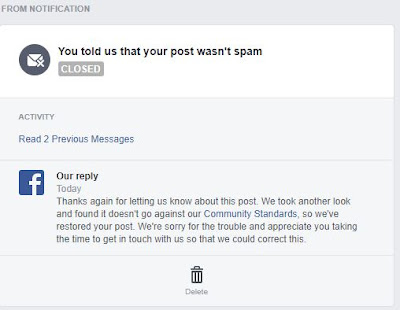 What was so spammy that I posted? This... 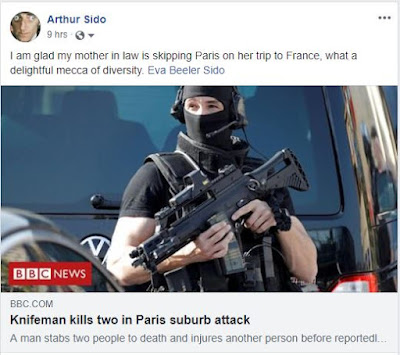 A legitimate news story from the BBC. Not from Breitbart or some "right wing" news source, this is from the BBC. So what words in my post caused it to be flagged? Mecca? Diversity? Or just that it was a story about apparent Islamic terrorism? It happened almost immediately and was released automatically. So it seems as if the algorithms of Facebook are becoming more and more strict. I guess if we don't see stories about acts of Muslim terrorism, they didn't really happen. I also discovered that a page I follow that usually posts on Facebook 6-8 times every day doesn't have anything on their wall for the last four days which seems awfully suspicious.

Just a reminder that if you rely on social media for your news, you need to be cautious because you only see what they want you to see unless you specifically hunt for it. The 2016 election showed the Left what happens when they lose control of the media narrative, and you can be sure that they have no intention of letting that happen again in 2018. Expect to see this censorship ramping up over the next few months leading up to the interim elections.
Posted by Arthur Sido at 3:32 PM